Another day of CES, another day of new product announcements. Today Razer has officially revealed the Forge TV, an Android based mini console that will be capable of streaming games from your PC. Rumors of a Razer console of sorts have been floating around for a while and it looks like they were right.

The entry level console will cost $99.99, there will also be a bundle on offer, which will include ‘The Serval', a new bluetooth gamepad. Razer will also be updating its Cortex software to stream PC games to the console, although this software functionality will arrive after the console has been released. 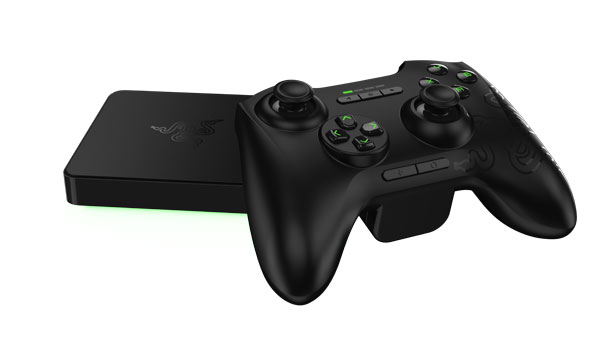 For those who hate controllers, there will also be a separate mouse and keyboard bundle that you can buy for the console. This one is called the Razer Turret and comes with an anti-ghosting keyboard and a 3500 DPI mouse.

Under the hood, the Forge TV will have a Qualcomm Snapdragon 805 CPU, an Adreno 420 GPU, 2GB of RAM and 16GB of internal storage. Gamers will be able to access the Google Play Store and run Android titles on the big screen as well.

The console is expected to release during Q1.

KitGuru Says: The PC game streaming feature will help Razer's console compete against the Nvidia Shield. Steam in-home streaming works really well, so it will be interesting to see how Razer's solution fares. What do you guys think of Razer's new Android console? Would you buy one?