Apple and Samsung are direct rivals on the markets of smartphones and tablets, but when it comes to manufacturing of components, they have been partners for well over a decade. Although in the recent years Apple tried to reduce its orders to Samsung, it looks like it needs a steady supply of low-power memory for the upcoming launch of its iPhone 6 so much that it asked Samsung.

Apple has used LPDDR3 memory from Elpida/Micron and SK Hynix for its products released in 2013 and 2014. DigiTimes claims that both companies have refused to increase supply amid growing demand for DRAM and consequently growing prices of computer memory. As a result, in a bid to ensure steady supply or low-power dynamic random access memory Apple contracted its arch-rival Samsung Electronics, a company that has not supplied Apple its low-power memory for several quarters now.

Re-adding Samsung to its supplier list indicates pragmatic approach of Apple. The company needs to re-capture smartphone market share, which requires it to make enough handsets. It is also logical to expect Apple to buy LPDDR-type memory from Samsung for its next-generation iPad as well.

KitGuru Says: While it looks like good-old allies are finally together, this may cause some movements on the markets of both LPDDR and PC DRAM in general, considering the volumes that Apple typically requires. Moreover, it looks like Elpida and SK Hynix would rather limit their production in order to keep prices of premium LPDDR3 (it now seems unlikely that Apple’s iPhone 6 uses LPDDR4) high, whereas Samsung is willing to supply just to preserve its market share (and, perhaps, achieve some other goals) in general. 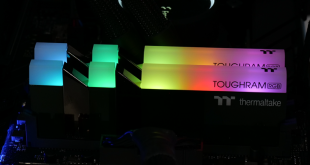