Despite Apple dealing with multiple controversies surrounding its part in the recent Spectre and Meltdown issues along with the choice to conceal its automatic throttling, the company’s troubles are far from over. A new bug has been uncovered related to the Apple Messages app, in which a single text can brick any iOS or MacOS device.

The bug is known as “chaiOS,” allowing perpetrators to send a text containing something that resembles a GitHub link. Upon receiving the text, the Messages app will freeze and become unresponsive.

This isn’t the first time Apple has had to deal with a problem of this kind, with the “Effective Power” bug circulating back in 2015, causing continuous crashes if a certain text was received as well as a full reboot if the message was received while the iPhone was on the lock screen. Another bug appeared surrounding iOS messages in 2016, allowing perpetrators to jailbreak a device, inject it with malware or even track the user’s movements via activating location and microphone services.

? Effective Power is back, baby!

chaiOS bug:
Text the link below, it will freeze the recipient's device, and possibly restart it. https://t.co/Ln93XN51Kq

⚠️ Do not use it for bad stuff.
—-
thanks to @aaronp613 @garnerlogan65 @lepidusdev @brensalsa for testing!

Fortunately, the chaiOS bus was found by Abraham Masri, who describes the number of issues it creates, such as “freezing, resprings, battery issues, and more.” The bug was further tested by 9to5Mac (via Techspot) in which most of these problems were confirmed and will persist until the message containing the link along with all related messages are deleted from the device.

Luckily, this is more of a prank than truly harmful to Apple devices, but it is an incredible annoyance. And a word of warning to any pranksters sporting Apple hardware – send it from your device and you’ll be locked up too. On the device, that is.

Apple has yet to comment on the chaiOS issue, but it has been incredibly responsive in the past. This time, however, it does have its hands tied up elsewhere as more and more issues rack up.

KitGuru Says: I wouldn’t recommend Android pranksters get involved in this either, as it’ll just cause headaches and no doubt ruin friendships in the process. Have you ever experienced any Apple Messages bugs across the years? 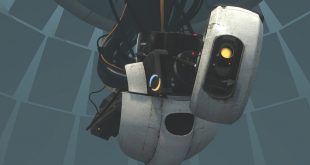