Apple’s September event is still on-going, with the company ushering out announcement after announcement. Next up on the block is the long-rumoured Apple TV, which has finally received its first revamp in years, with a new remote, voice support, better app support and even the addition of Siri.

The new Apple TV features a newly designed user interface and comes with its own App Store, something that has been missing from past models. This means that the Apple TV will be capable of running games, or a much wider variety of streaming apps for the living room. 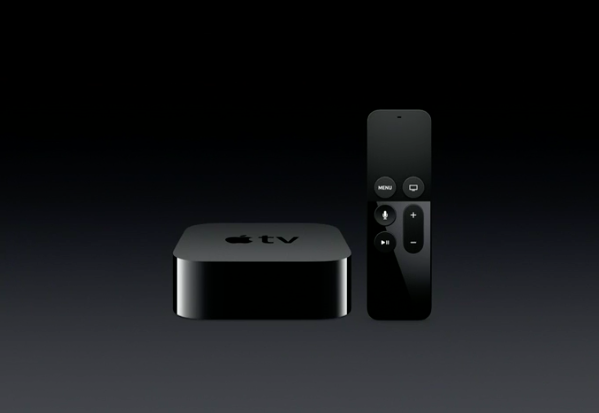 One of the big additions is Siri, which can be activated via the newly designed controller, which features a glass trackpad. The remote has few buttons, with one being dedicated to Siri and another being dedicated to activating Air Play, so you can mirror a display from a Mac, or put up a video playing on an iOS device on to the big screen.

As far as aesthetics of the hardware go though, the Apple TV largely looks the same. However, under the hood is a much more powerful A8 processor, which is very capable of running games and intensive apps. In all, it is a pretty nice upgrade, with prices going up to $199 in the US.

KitGuru Says: Many of the Apple TV features have been known about for some time now. The only thing the rumours got slightly off was the software. While the Apple TV runs software based on iOS, it isn’t actually iOS, with Apple calling the software ‘TV OS’.