Announced at last year’s Adobe Max conference, Photoshop for iPad was intended to bring desktop-class photo editing to Apple’s tablet. After a year of waiting, version 1.0 is finally here, but first impressions aren’t looking very positive. Adobe says “[t]his is just the beginning of our journey.”

The iPad is one of Apple’s most powerful devices. Apple’s A series of SoC’s have proven time and time again to be way ahead of the competition. It is for that reason, alongside the ubiquity of the iPad as a creative tool, that Adobe announced they would be bringing the full version of Photoshop to the tablet. No longer would iPad users be restricted to simple crops and filters, but instead, desktop-class editing.

Adobe Max 2019 is currently underway, and among the many announcements, was that Photoshop for iPad was finally released. The benefits of this version of Photoshop include the fact that the app is built on the same code as the desktop application. Photoshop for iPad can therefore support PSDs and full compositing, with layer support equivalent to that of the desktop version. The use of Adobe Cloud means that files can be accessed from anywhere, allowing for seamless transitions of workflow between your computer and iPad. 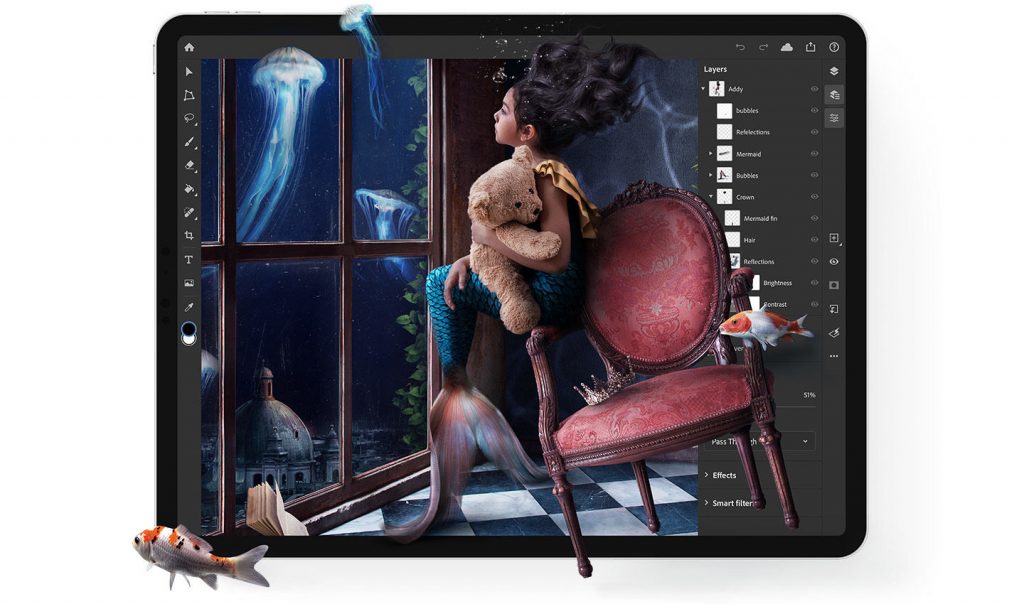 Being a 1.0 release however, many of the promised features are currently missing from the app. Photoshop for iPad currently has a rating of 2.6/5 on the App Store, with simple features such as being able to rotate the canvas currently not supported. While the app will eventually be on par with the desktop version, it is not quite there yet.

Adobe claims that the 1.0 release is focusing on “compositing, basic retouching, and masking, common tasks and workflows that we know will be useful for most Photoshop users”. Due to the nature of the iPad and the Apple App Store, updates should be released much more frequently than its desktop counterpart, with Adobe “plan[ning] to add new capabilities as quickly as possible on a regular cadence of releases”.

Adobe Photoshop is available on the iPad through a subscription of Adobe Creative Cloud.

KitGuru says: Have you been waiting for Photoshop on the iPad? Is it too little too late, or is Adobe so far above the competition that they’re the only viable option in your opinion? Let us know down below.