Motorola likely to add another device to the E6 line

Motorola could be adding the snazzy Moto E6 Play smartphone to its lineup. Renders of the phone leaked online by a Dutch mobile tech site suggest the E6 Play will be based on the recently released Moto E6 Plus.

The Dutch mobile tech website, Mobielkopen has released rendered images of the proposed Motorola E6 Play smartphone. The Moto E6 Play has not officially been announced by Motorola just yet, however, if the images turn out to be real, the E6 Play will offer some similarities to the current Moto E6 Plus.

Mobielkopen was only able to provide rendered images of the potential new device so specifications are still unknown. According to the original post, the E6 play will more than likely turn out to be a budget-oriented smartphone, due to its rather large borders at the top and bottom of the screen, something which is usually the case with the Motorola E series. 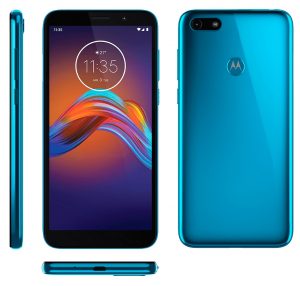 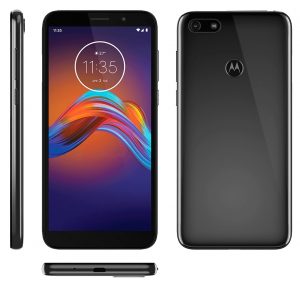 It is possible the E6 Play will also feature the classic 18:9 aspect ratio, although not confirmed. At the rear of the device is a single-lens camera with an LED flash, this again points to it being in the budget sector due to the simple design. However, the E6 is expected to feature a fingerprint sensor beneath the rear Motorola logo like the E6 plus, with the microphone, USB port and 3.5mm headphone socket at the bottom.

Additionally, the renders show the phone in two different colour options: Blue and black. The E6 Play is expected to be revealed at a special event on Thursday 24th October along with the previously leaked Moto G8 Plus and Moto G8 Play.

KitGuru says: Motorola has offered some great budget smartphones over the last few years, it looks as though that is set to continue with the potential E6 Play we can see in these images.