Motorola Razr is available to pre-order in the UK now

Motorola introduced its new clamshell style, flexible display smartphone back in November 2019 and since then it has become one of the most highly anticipated handsets on the market. Motorola has now announced the device is available for pre-order in the UK via EE.

Motorola and its exclusive partner in the UK EE have released the new folding flexible display smartphone, the Motorola Razr, for pre-order in the UK. The handset has been available to pre-order on 4GEE mobile plans since yesterday with 60GB of data for the price of 30GB, priced at £99 per month over a 24-month period with a £50 one-off upfront payment.

Since EE is Motorola’s exclusive partner in the UK, for the time being, this is the only way UK consumers can get their hands on the Motorola Razr on a pay monthly contract. The Razr features a 6.2-inch cinematic Flex View display using advanced OLED technology which completely folds in half to easily tuck away in a pocket or bag. 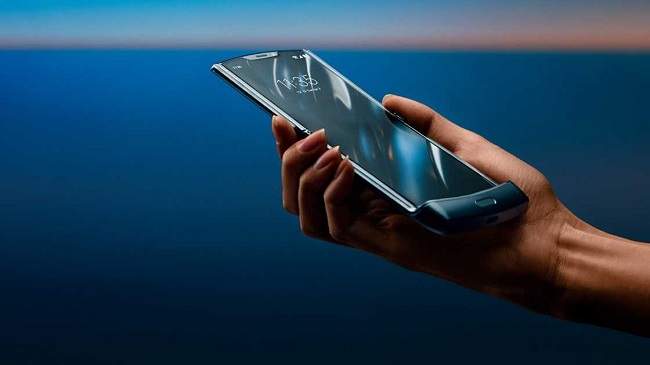 An Interactive touch-enabled Quick View display that is visible when the smartphone is folded, lets users access features without having to open the phone up, to quickly respond to notifications, use the Goole Assistant to ask for directions or simply skip through your favourite music tracks. Both displays are designed to work in perfect harmony with seamless transitions between the two.

The Motorola Razer also features a Kyro Gold 2.2GHz processor, a 16MP main camera and offers up to 16.3 hours talk time with an additional 9.5 hours talk time out of a single charge of the 2510mAh battery. If you are hoping to get your hands on the Motorola Razr at launch then head over to the EE website to check out the tariffs and deals available to pre-order.

KitGuru says: Fans of flexible display folding smartphones have been looking forward to the release of the Motorola Razr since it was announced last year. Let’s hope this one doesn’t have any of the issues like the Samsung Galaxy Fold did when it first launched. Any of you guys hoping to pick up the new Motorola Razr?