Samsung announced this week that it is to begin mass production of new eUFS 3.1 storage designed for use in flagship smartphones. The 512 GB eUFS 3.1 is set to deliver three times the write speed performance of previous eUFS 3.0 mobile memory to give upcoming flagship mobile devices a welcomed performance boost.

This new level of performance seen in the eUFS 3.1 is achieved by Samsung breaking the 1 GB/s performance barrier in smartphone storage, with a sequential write speed exceeding 1,200 MB/s, the Samsung eUFS 3.1 produces twice the speed of PC SATA-based writes and over ten times the speed of UHS-I microSD cards.

With this new performance, consumers of upcoming mobile devices will be able to enjoy the transfer rates of modern ultra-slim notebooks when storing large files, such as 8K video or hundreds of photos, on their smartphone devices. Transferring content between old and new devices will also take considerably less time due to this new benchmark in performance. 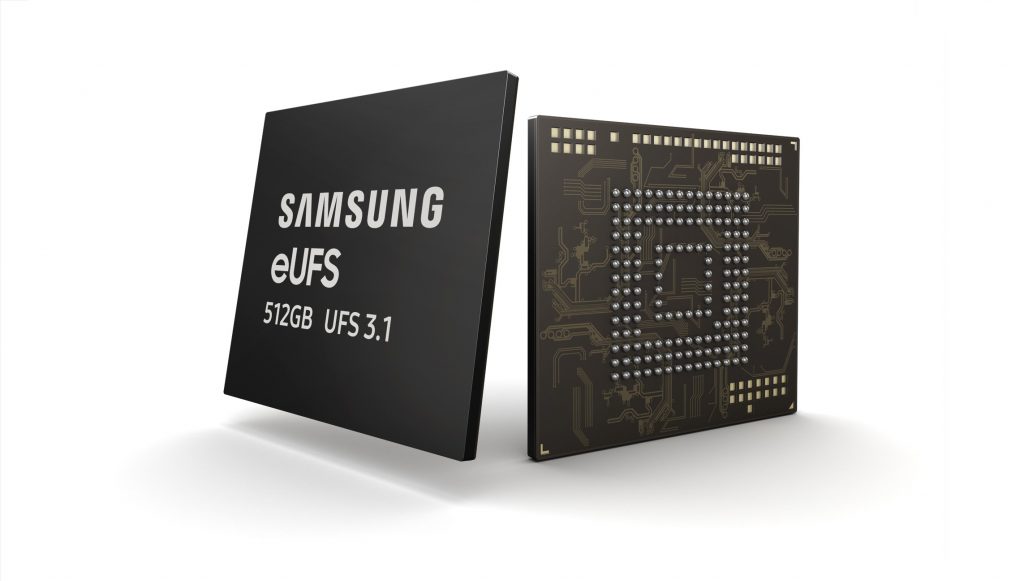 It is suggested that devices equipped with the new eUFS 3.1 storage will take approximately 90 seconds to transfer 100 GB of data, previous devices based on eUFS 3.0 storage can take more than four minutes to complete the transfer of the same amount of data. Random read/write performance of eUFS 3.1 storage is expected to improve by up to 60% compared to eUFS 3.0, with 100,000 IOPS for reads and 70,000 IOPS for writes.

In addition to the 512 GB eUFS 3.1, Samsung will also produce 256 GB and 128 GB capacities available in flagship smartphones that are due to be launched later this year. Samsung has also begun production of its fifth-generation V-NAND at its Xi’an line in China this month and is planning to shift V-NAND volume production at the Pyeongtaek line in Korea soon, from fifth to sixth-generation V-NAND to meet industry demand.

KitGuru says: The increased read/write speed in eUFS 3.1 memory from Samsung should offer a noticeable performance boost in the next generation of smartphone handsets due later this year. What do you guys think of the performance from Samsung’s new eUFS 3.1?