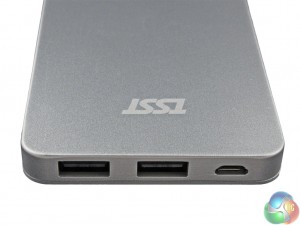 To test the TB050PA’s charging performance, we charged two phones and an iPad using the portable charger.

We charged each device on both USB ports included within the TB050PA (1.0A and 2.4A), as well as a third test using a mains AC adapter to allow a comparison between mains charging and the TB050PA.

For each of the three tests per device, we drained the device in question until the battery was completely flat, and then charged it for 30 minutes.

Using that information, we could then calculate the approximate time for a full charge (to 100%). This is not an exact figure, as charging is not a linear sequence.

However, this methodology does allow a fair comparison between all the devices, as all started with batteries at 0%, and were charged for the same amount of time.

The first device we tested the charger with was the HTC Desire 820, which has a 2600 mAh capacity. 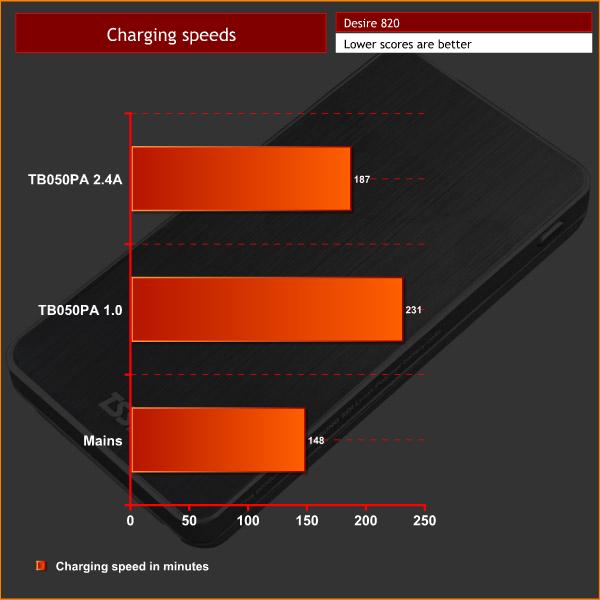 Theoretically, charging speeds should be the same as the TB100PA – but this is not usually the case with portable chargers, as the higher capacity devices tend to charge slightly faster.

After the HTC phone, we tested the Sony Aqua M2 with it’s 2300 mAh capacity battery. 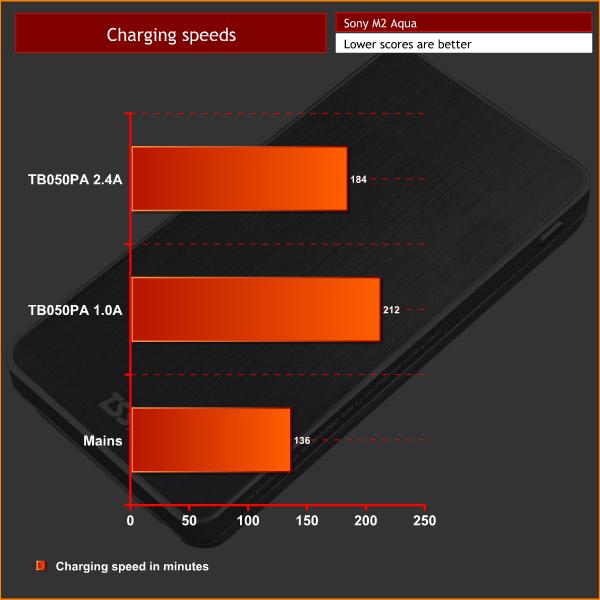 Still, it’s best time of 184 minutes is 48 minutes slower than our AC adapter, which is not bad. 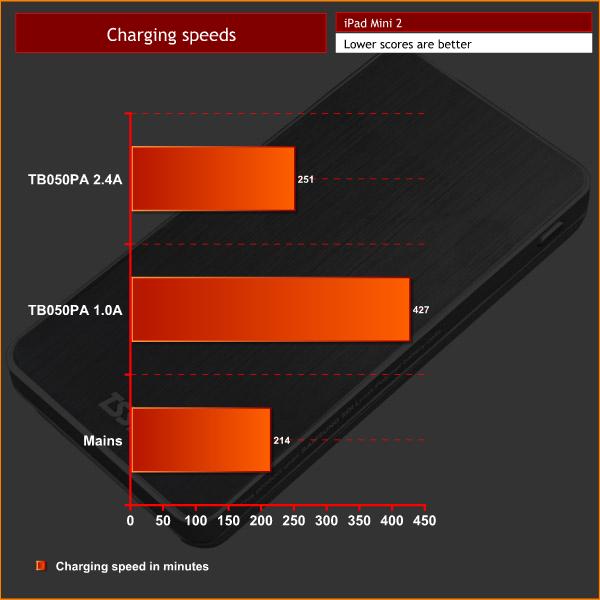 Surprisingly, the iPad charged faster using the TB050PA than the TB100PA. The 2.4A port charged the tablet in 251 minutes, 32 minutes faster than the same port on the TB100PA. If this is consistent across other tablets, it represents an impressive achievement.