The MSI GS40 6QF Phantom comes in an attractive black chassis with a brushed metal appearance. Since this is a 14.1in notebook, there’s only room for a full-sized keyboard, not a separate keypad.

That said the Chiclet-style keys are comfortable and responsive, with red backlighting. The latter can’t be changed, although it can be turned off. There’s a large single-piece trackpad that is accurate and has responsive integrated buttons. Gamers will add a mouse, though. 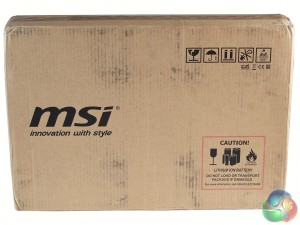 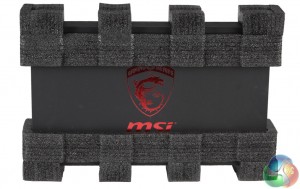 The MSI laptop is supplied well protected between slabs of Styrofoam and inside a plain brown box. 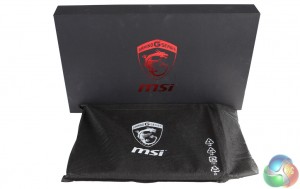 The inner box, which holds the laptop shows further protection against scratches during shipping. 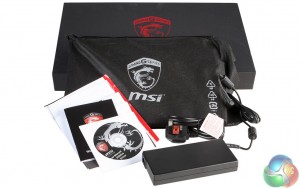 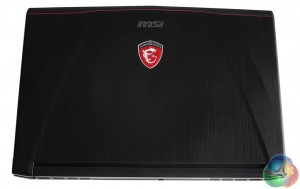 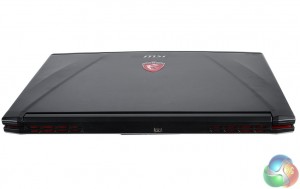 The laptop design is understated yet attractive, with the red dragon logo taking centerstage on the lid, as shown in the picture above. 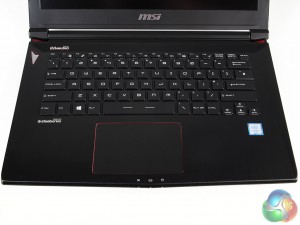 The screen is a particular high point. The 14.1in panel doesn’t stray into 4K territory or even beyond Full HD like some notebooks have been over the last couple of years. But more than 1,920 x 1,080 in a panel this size isn’t going to be tremendously useful anyway, and will also be too much for notebook graphics to handle with most games.

The display uses premium IPS technology, and has a matt finish, with vibrant colour. It also has excellent viewing angles. Overall, it’s a really pleasant panel for any activity, but particularly gaming. 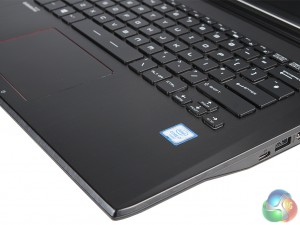 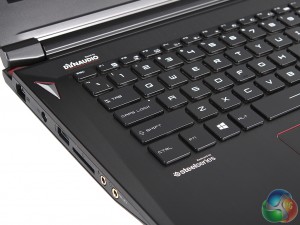 There’s capable headphone sound from the ESS audio DAC with up to 24-bit processing and 122dB of dynamic range, plus separate minijacks for headphones and microphone. The built-in speakers are merely adequate, however. If you want to fully enjoy games and movies, then speakers or headphones are a must. 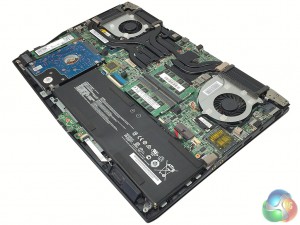 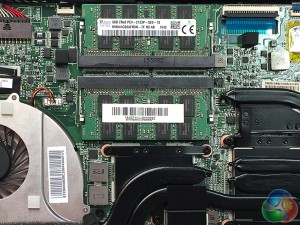 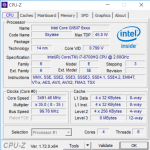 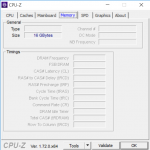 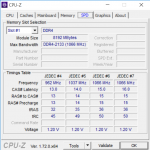 The GS40 sports a Core i7-6700HQ processor from Intel’s latest Skylake generation. This quad-core CPU runs at a nominal 2.6GHz, but with a 3.5GHz Turbo mode for a single core, 3.3GHz for two cores, and 3.1GHz for all four. This is the second slowest mobile quad-core from Intel’s Skylake range (the i5-6300HQ is slower), but should still pack a significant punch, and only draws 45W at full pelt.

With Hyper-Threading on board, it can run eight threads simultaneously. Our sample shipped with 16GB of 2133MHz DDR4 SDRAM, supplied as two 8GB DIMMs. As there are only two slots available you would need to replace both modules to upgrade. But 16GB should be more than adequate for the current crop of games. 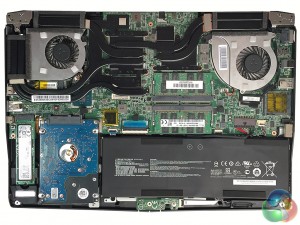 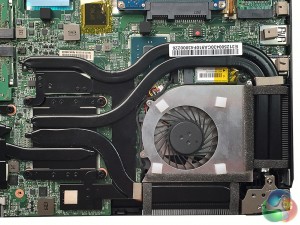 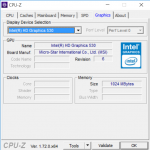 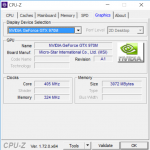 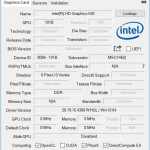 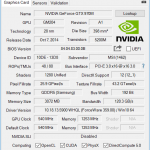 Perhaps the most significant inclusion for gamers is the NVIDIA GTX970M graphics. The Core i7 processor also supplies Intel HD Graphics 530, running at 1050MHz, which NVIDIA’s Optimus technology can switch to when the graphics tasks are not strenuous, to save power. However, when gaming the GTX970M will be in full force.

This is not the fastest mobile NVIDIA GeForce currently available, but it’s close, with 1,280 CUDA cores running at a base 540MHz. This is backed by 3GB of 5,000MHz GDDR5 memory, although the memory path is just 192-bit – the top GTX980M uses 256-bit, providing significantly higher bandwidth. This is a recent GPU with DirectX 12 support, too. 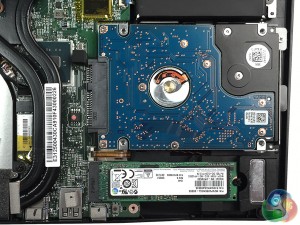 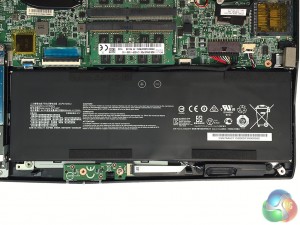 MSI hasn’t skimped on the storage, either. The operating system and applications run off a 256GB Samsung SM951 NVMe solid state disk, which is attached via the M.2 PCI Express x4 connection and promises extremely fast boot and load times.

But backing this up is a 1TB Hitachi Travelstar 7K1000 conventional hard disk, which has a 7,200rpm rotational speed and should be pretty quick for a notebook mechanical storage device. So there is a decent amount of space for your main software, and loads more room for a sizable media collection or really huge games. 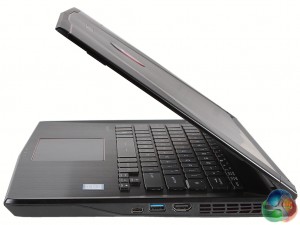 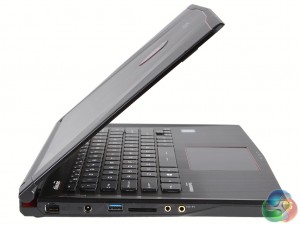 There’s comprehensive connectivity, too. A Killer chipset provides 802.11ac WiFi, as well as Killer Doubleshot Pro Gigabit wired Ethernet with Killer Shield. There are a couple of USB 3.0 ports, plus mini DisplayPort v2.0 and full-sized HDMI 1.4, both of which support 4K monitors.

A SDHC card slot is available, too. However, the cream of the crop is the USB3.1 Type-C port with SuperSpeed, which means it provides 10Gbits/sec throughput, using the reversible Type-C port. This is enough bandwidth for two 4K monitors, and it also provides up to 15W power output, so can charge most mobile devices.