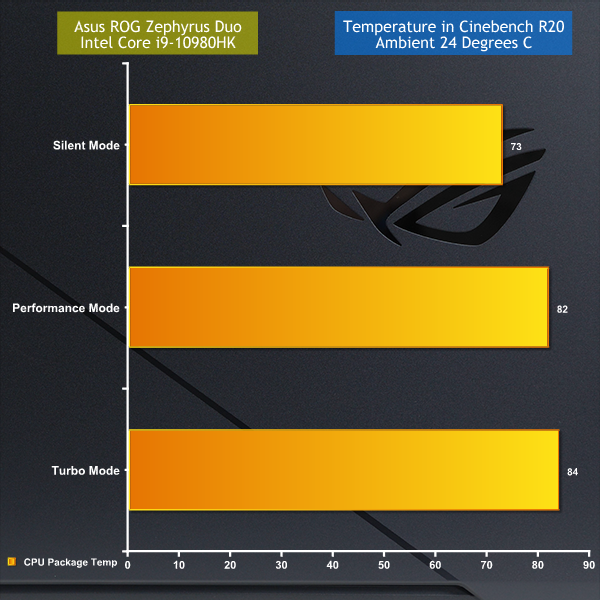 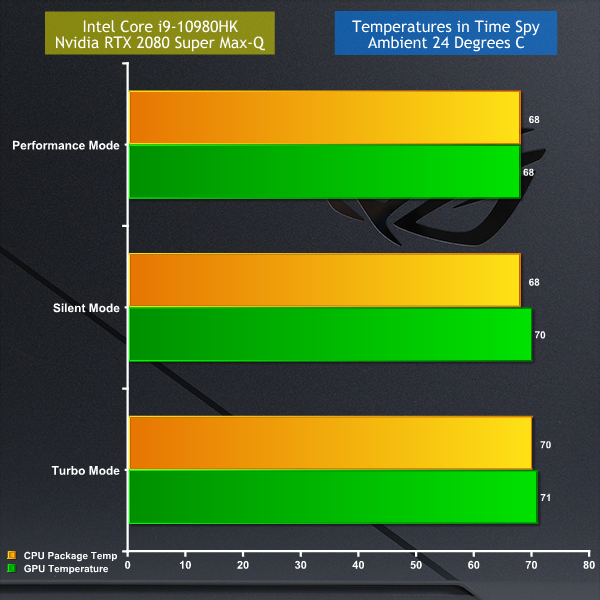 Cinebench R20 pummels the CPU, however the dynamic way that Armoury Crate operates means that fan speed is increased at the same time as power and CPU clock speeds. During the initial Turbo phase the temperature will likely head above 90 degrees and then the CPU slows down and the system moves into equilibrium. Time Spy is less dramatic than Cinebench R20 as the workload is spread across the CPU and GPU which means the entire cooling system can play its part. 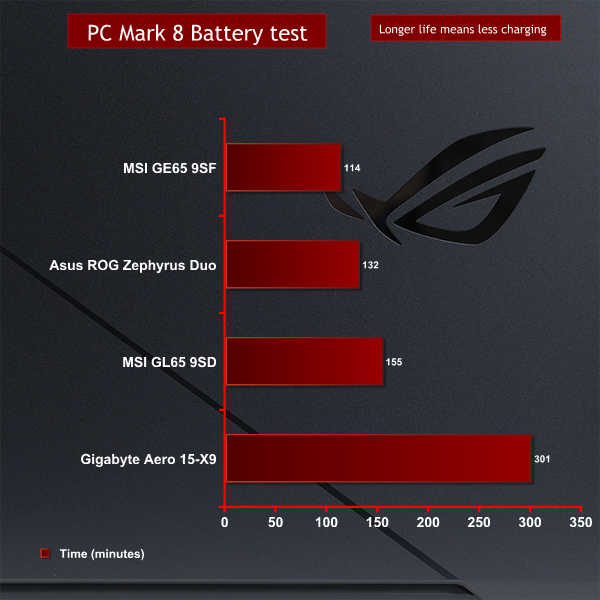 In the real world you can expect to see four or possibly five hours of battery life, which is fairly unimpressive. We are used to seeing gaming laptops that have truly shocking battery performance so the fact of the matter is that Zephyrus Duo 15 hasn’t really let us down as we were pretty much expecting this all along.