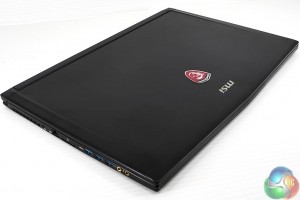 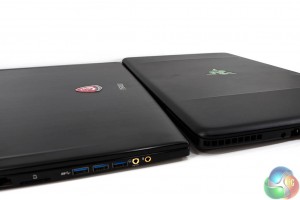 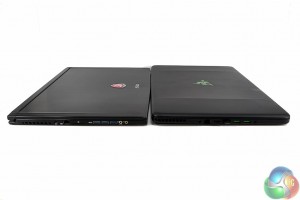 The MSI GS73 6RF ‘Stealth Pro’ is actually a couple of millimetres thinner than the 17 inch Razer Blade Pro, as can be seen above. 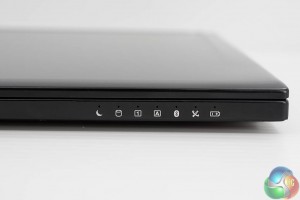 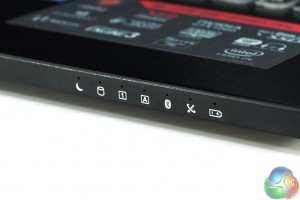 At the front of the laptop is a row of icons and LED lights. These show the activity of various states, such as caps lock, Bluetooth, wireless and battery. 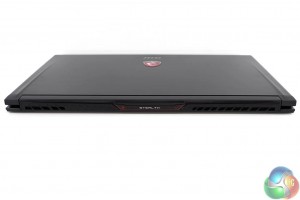 Along the back of the laptop are two long cooling vents and the words ‘STEALTH’. 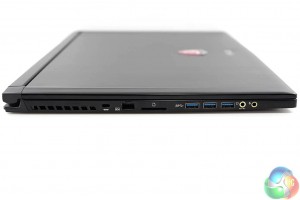 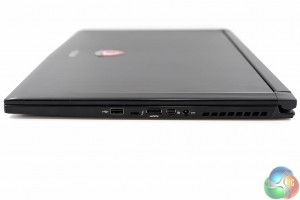 The MSI GS73 6RF ‘Stealth Pro’ has three USB 3.0 ports on the left, alongside a card reader, Kensington Lock, GB LAN, and audio and microphone jacks. On the right side we have a USB 2.0 port (ideal for a mouse), a USB 3.1 Gen 2/DisplayPort/Thunderbolt 3 Type-C port, HDMI 2.0 port (4k support @ 60Hz), Mini Displayport  (v1.2) and a power connector. Cooling vents are visible on both sides of the chassis.

Full marks for the overwhelming connectivity support – a strong point for MSI this year. 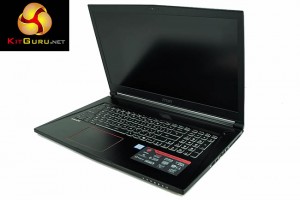 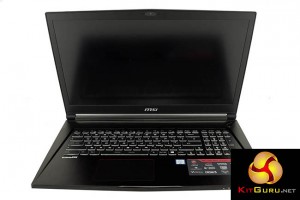 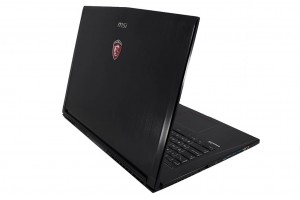 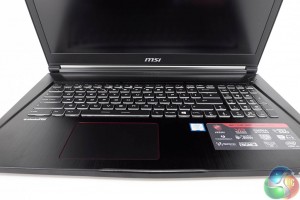 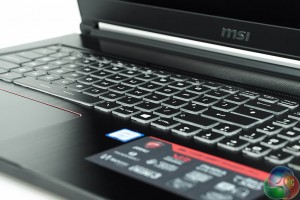 The keyboard offers fairly good tactile feedback although it falls short of the full mechanical keyboard featuring on the flagship Titan laptop.

The 4K IPS panel is one of the best laptop screens I have seen in recent years. The colour quality is first class (I measured 110 percent of the sRGB colour gamut) and the clarity of text is fantastic. Viewing angles are also superb, both horizontally and vertically.

The only real negative I could mention would be in regards to brightness – I would have liked an additional couple of levels, as viewing in bright daylight can be difficult. I measured around 240 nits which is lower than I would like to see.

Onboard audio is quite weak (at the bottom of the laptop), with very little bass at all to speak about. Volume levels are decent however, so for casual duties it is acceptable. A pair of dedicated speakers or headphones would be recommended to get the most from the system. The dedicated ‘Hi-Fi’ headphone connector worked very well with the demanding Sennheiser HD800S headphones (Review HERE).

We ran into some issues with the Nahimic 2 software when outputting sound via the HDMI port to a television. In games such as Battlefield 1, the audio would not work in game. I looked into this further and found quite a few support threads on the MSI forums regarding Nahimic 2 issues. Deinstalling it cured all my sound problems so I left it running with the Realtek drivers. 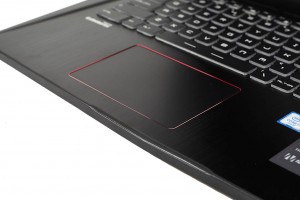 The large trackpad is perfectly serviceable, although I would recommend a proper gaming mouse for anything serious. 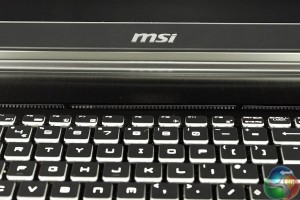 Cooling vents run across the top of the chassis, close to the power button, which is positioned top right. 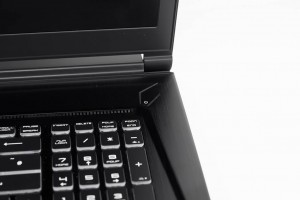 The power button is unusual, in that it is part of the chassis design, rather than a dedicated button. It actually has a light behind it which signifies the graphics mode – if it’s Red, the integrated Intel graphics is in operation. Orange means the Nvidia GTX1060 is powered up. 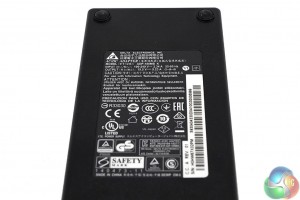 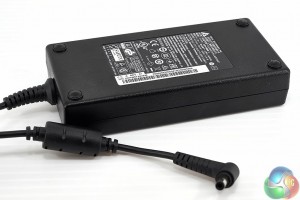 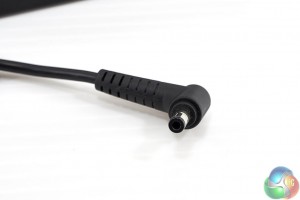 We are pleased to see that the power connection on this power supply is a more traditional header which holds in place well. I did not want to repeat recent experiences with the MSI Titan power adapter, which kept falling out. 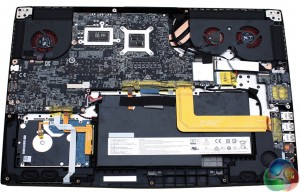 The back is relatively easy to remove, but once inside you need to be very careful as all the components are packed into a small space. Removing the 2.5 inch drive for instance is possible, but you need to be extra careful with the thin ribbon cables which are over the drive itself as they could be damaged.