Google is giving up on making tablets

Google hasn't exactly been a serious player in the tablet market over the last few years. The company most recently launched the Pixel Slate as a Chrome OS powered alternative to the iPad and Microsoft Surface with its own detachable keyboard but it looks like we won't be seeing a follow up any time soon, as Google is bowing out of the tablet market for now.

According to a Google spokesperson, the company has officially stopped production on two yet to be announced tablets that it had in the works. One of these was going to be a successor to the Pixel Slate but it will no longer be coming out. Instead, Google will be focusing its resources on Pixelbook laptops instead and leaving tablets behind. 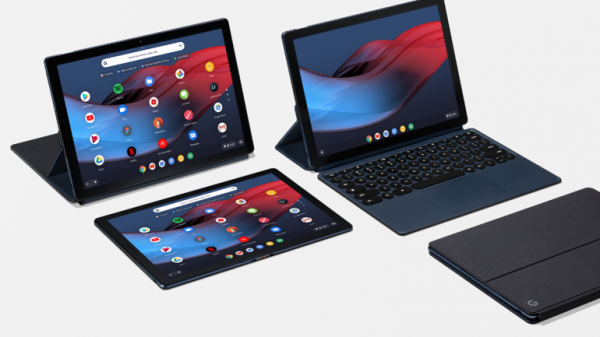 While Chrome OS tablets will no longer be coming from Google itself, the company will continue to support the existing Pixel Slate with software updates and is going to continue working on Chrome OS.

Google has never quite found its footing in the tablet market. Back in the Nexus days, Google did find success with the Nexus 7 and partners like Samsung and HTC did produce Nexus-branded tablets at one point in time. However, once Google shifted from Nexus to the new Pixel line, the Pixel C and Pixel Slate struggled to gain ground while the smartphone side of things seemed to sell fairly well.

KitGuru Says: Google could return to tablets again someday but for now, it looks like we won't be seeing any more. Interestingly, two new tablets were planned to launch at some point this year but quality assurance tests caused a change of heart.