Late last week, Samsung revealed that its 2018 flagship smartphone, the Galaxy S9, would be launching at the Mobile World Congress event next month. Now this week, a full shot of the phone's packaging has been released, giving us a look at the spec/feature list.

The Galaxy S9 will be 5.8 inches in size with a 5.6-inch QHD Super AMOLED display. The same bezel-free design of the Galaxy S8 will return. There will be dual cameras on the back with Optical Image Stabilisation and a slow motion feature. 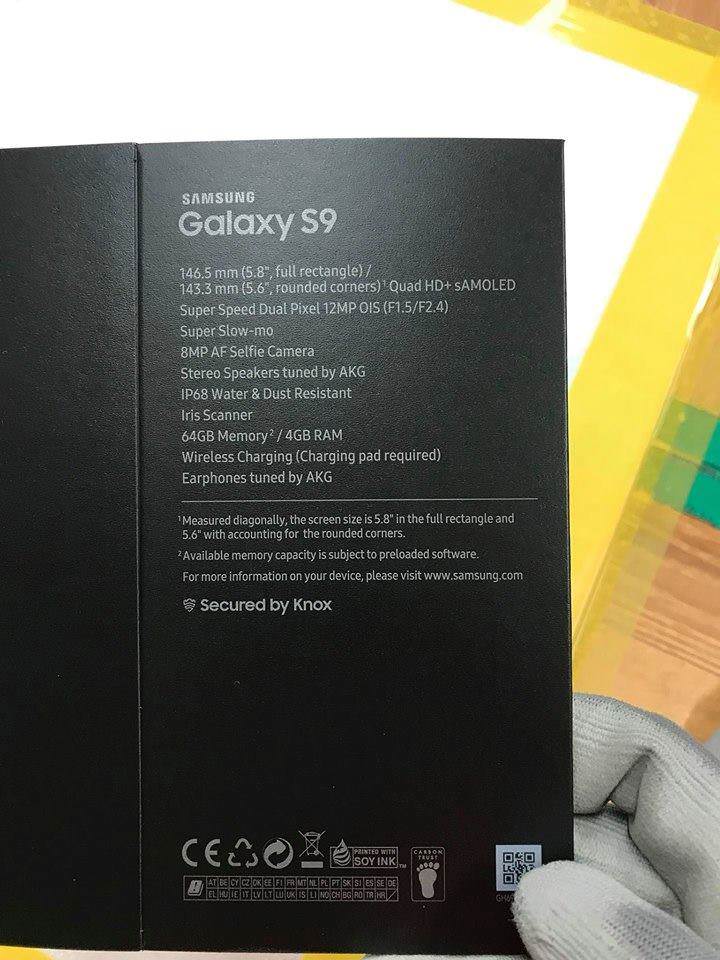 There will be an 8MP front facing camera. The whole phone is rated as IP68 water and dust resistant, there is an Iris Scanner for unlocking the phone and the stereo speakers inside are ‘tuned by AKG', which may help a bit but the reality is you'll still be dealing with internal speakers. For headphone users, some ‘tuned by AKG' earphones will also be included.

Finally, wireless charging is supported. The Galaxy S9 will ship with 64GB of internal storage and 4GB of RAM will be inside. Unfortunately, no specific CPU was mentioned on the box, but we'll likely be seeing an Exynos chip in the EU and some other territories, meanwhile a Snapdragon SoC will be in place for US buyers.

KitGuru Says: The Galaxy S9 is heading our way sooner than expected. It might not be the same leap that the Galaxy S8 was but it will likely be a huge success nonetheless. Are any of you currently waiting to pick up a new phone this year? Are you leaning towards going with Samsung at all?