Nvidia is set to launch its own Black Friday bundle for the Nvidia Shield tablet in the UK and the US this week, giving shoppers the chance to get their hands on the tablet, the controller, the Greenbox bundle and free access to Nvidia's recently launched GRID cloud gaming service.

In the UK, the 32GB Shield tablet will cost £299 ($399) and will be bundled with a free controller, copies of Half-Life 2, Half-Life 2 Episode One and Portal. Additionally, you'll be able to stream over 20 games from GRID servers, which are currently active in the UK and US. While the Shield does center around gaming features, it is also a very capable Android tablet, which could steal the Nexus 7's place in the market thanks to its swift updates. 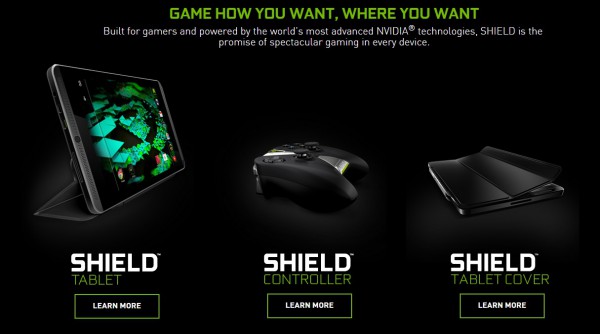 Do note that the tablet does not come with its own HDMI to mini-HDMI cable, which will allow you to use ‘console mode'. Being a shield tablet owner myself, I would also recommend getting the tablet cover or a cheaper third party solution as it is useful for propping the tablet up on solid surfaces for movie watching or streaming games around the house.

Over in the US, potential buyers will also be able to grab a Shield Portable bundle, which includes the original Shield handheld, the carrying case and a black magnetic cover for the top for $199. The Shield Portable never made its way over to the UK officially so you won't be able to find this bundle here.

This offer is valid from Friday the 28th of November, there is no specific end date listed. The link to the US specific bundles is already live. The UK link is due to go up tomorrow on the 26th of November.

KitGuru Says: If you were thinking about getting a Shield tablet then Friday seems like the right time to buy. It's not just Nvidia doing deals though, Amazon has flash sales going up all week so be sure to shop around for tech deals.