We use Rainbow Six Siege for this testing. We recently changed the graphics settings we test at, to allow for higher frame rates, so the GB2770QSU is only the fifth monitor overall we have tested with LDAT using these settings, and the second QHD screen we have tested. That means we currently have limited comparison data, but we will add to these charts as we review more monitors. 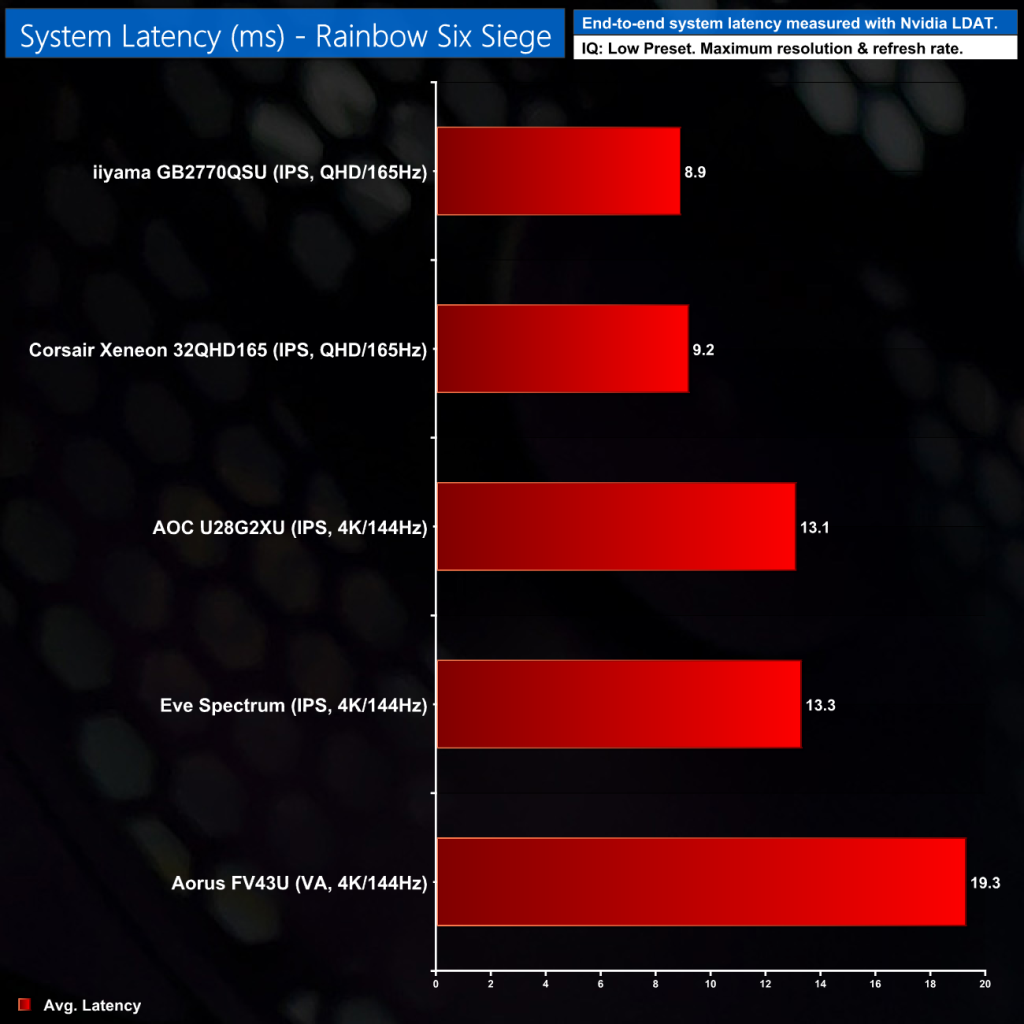 Total system latency came in at 8.9ms over our testing, which is 0.3ms lower than the Corsair Xeneon 32QHD165, and there was certainly no noticeable input delay that I could detect. It’s a good result and we’ll be adding to this chart in the future to see how it stacks up against other QHD displays.