The ASUS MX34VQ‘s 34in diagonal and 21:9 aspect makes for a sizeable box, although ours had obviously seen other reviewers and was a bit tatty when we received it. 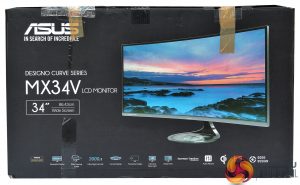 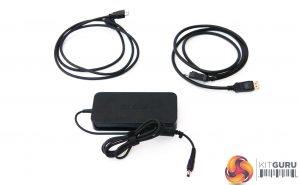 Apart from the external power supply, you also get an HDMI and a DisplayPort cable in the box. 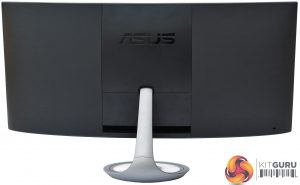 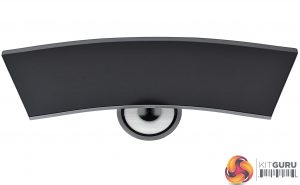 This is a handsomely styled screen, with an elegant stand, although the 1800R curvature is fairly mild compared to the Samsung CF791. 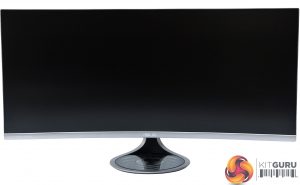 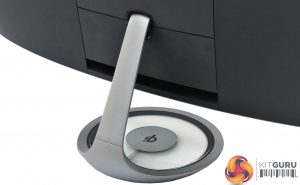 There’s very little adjustment available. In fact, you can only tilt the screen 15 degrees backwards or 5 degrees forward. 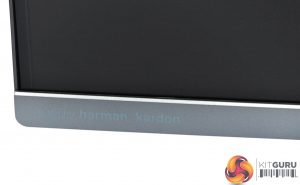 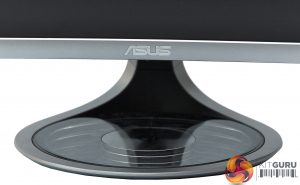 The stylish round base supports Qi Wireless charging, so you can simply place a variety of Samsung and Nokia phones onto it, and it will glow to show charging is taking place. Sadly, iPhones don’t include this technology.

The built-in speakers are a little better than we usually find with integrated screen audio, offering 8W per speaker, ASUS SonicMaster and Harmon Kardon technologies. 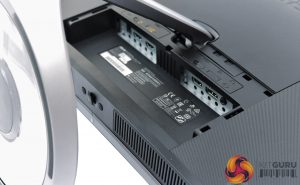 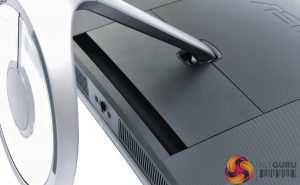 There’s an easily removed plastic cover over the power connection, headphone jack, and video ports. The latter include three HDMI 2.0 connections plus a single DisplayPort 1.2, so you can connect up to four inputs to this screen.

It is slightly annoying that the headphone jack is hidden back here, though. You might not unplug video inputs very often, but headphones could be detached regularly. 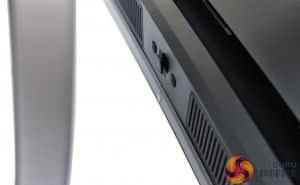 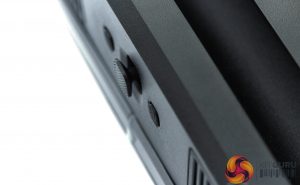 The on-screen display (OSD) menu is accessed via a joystick and two buttons rather subtly hidden on the bottom edge of the screen.

It took us a little searching to find these, although the central location directly behind the ASUS logo makes the joystick easy to put your fingers on once you know where it is. No reaching around necessary.