In the case of the PG258Q, we performed the primary testing at the native 1,920 x 1,080 resolution in the default preset mode, which turned out to be Racing. We also left the monitor at 60Hz rather than the top 240Hz because higher refresh rates can affect colour performance. Our test system was equipped with an NVIDIA Quadro K2200. 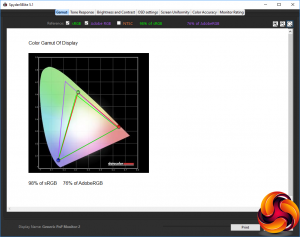 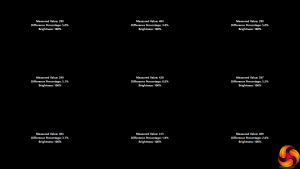 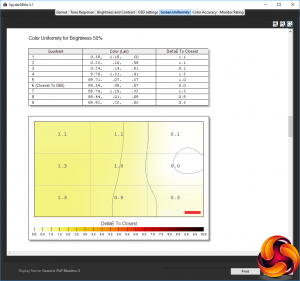 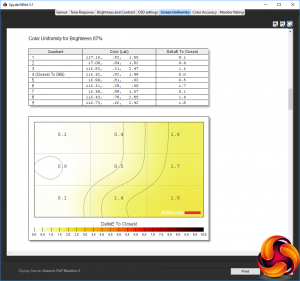 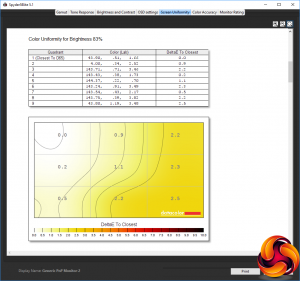 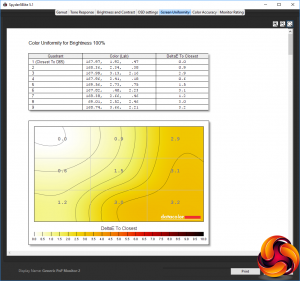 The good brightness uniformity is matched and even exceeded by decidedly uniform colours across the range of brightnesses from 50 to 100 per cent. 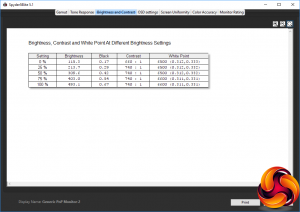 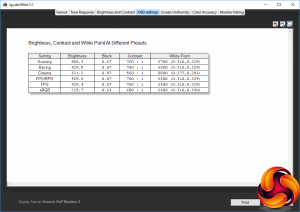 There’s a fair bit of variance between the presets, all of which ASUS calls GameVisuals even though some of them aren’t for gaming. The Scenery mode goes well beyond the 400cd/m2 brightness rating of the screen, with a reading of 505cd/m2. The actual game presets all exceed 400 as well, although not by so much – around 429cd/m2 in each case. They also all offer 750:1 contrast and a 6600K white point, so obviously the changes they make are elsewhere.

The Scenery mode has similar contrast and white point, but a higher black point. Cinema mode has a reduced brightness of 321.2cd/m2, with a lower contrast of 560:1 and a much cooler, bluer white point of 9900K. The sRGB mode is the dimmest of all, with 225.7cd/m2 brightness and a middling 680:1 contrast, but the same white point as the gaming modes. 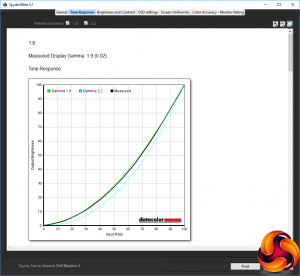 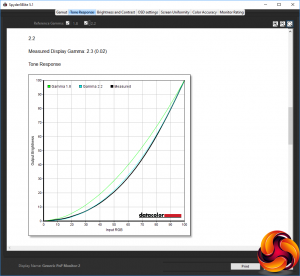 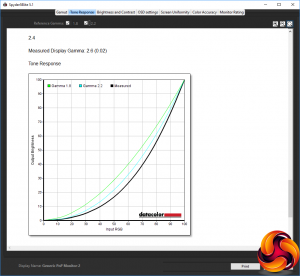 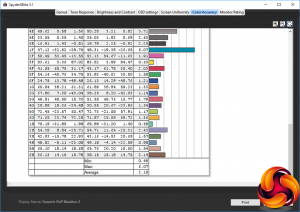 The average score of 2.1 for colour accuracy isn’t bad for a non-calibrated monitor. But could a few adjustments make this even better? We used the Spyder to calibrate and then retested in the key areas. 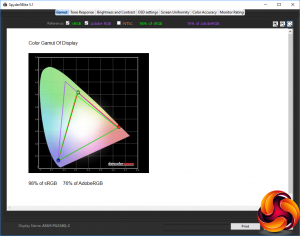 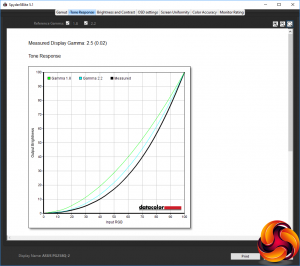 We had left the gamma on the 2.4 setting, and this was now showing as 2.5, which was a little closer to the value it was supposed to be. 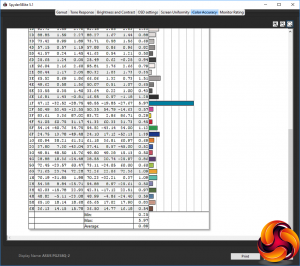 Colour accuracy was already good, and with calibration it dropped to a very impressive 0.89 – one of the best scores we have seen. Despite being a TN panel, this is clearly a high quality piece of hardware.

Overall, image quality is excellent, with just the gamut marring an otherwise impressive showing in all our other analytical tests.

With the monitor calibrated, we switched to 240Hz and G-Sync to try out some games, and the results were a total pleasure. We tried some older games that could run at high frame rates and were pleasantly met with super-sharp frames that had no hint of tearing or motion blur.