The ROG SWIFT PG258Q presents a decidedly sober appearance, for a gaming monitor. 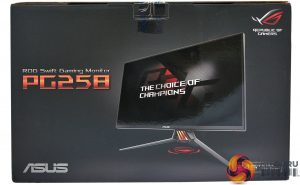 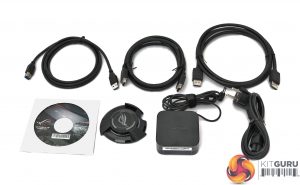 Although the PG258Q only offers one HDMI and one DisplayPort connection, at least you get cables in the box for both, as well as for the USB 3.0 upstream. There is also a plate for the base of the stand and a selection of lenses with ROG SWIFT logo elements. 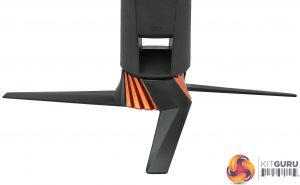 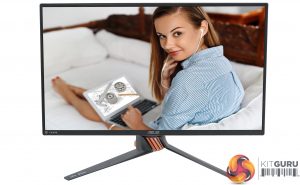 The most significant design feature of the PG258Q is the asymetrical stand, which affects a twisted appearance, with copper highlights. It’s understated and stylish, whilst still doing the job of keeping the monitor stable. It has LED lighting built in that works through the included lenses to provide illuminated atmosphere. 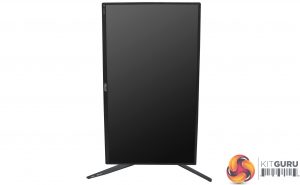 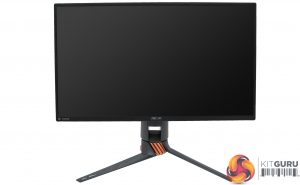 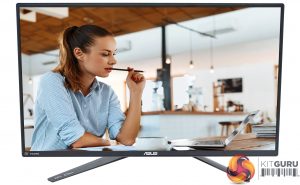 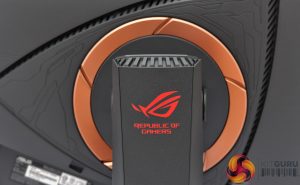 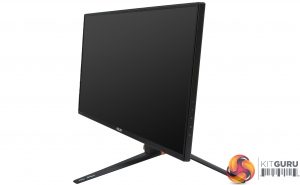 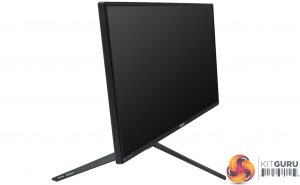 The PG258Q is highly adjustable, with rotation into portrait mode possible, 50 degrees of swivel in either direction, 120mm of height adjustment, plus tilting 20 degrees back and 5 degrees forward. 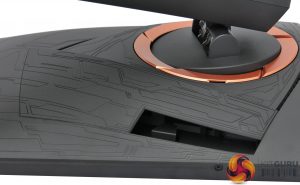 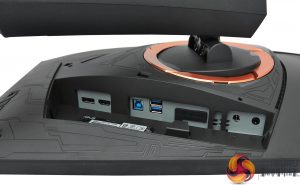 The relatively small selection of ports is obscured by a plastic cover that needs to be removed whenever you want to plug or unplug things, which is a bit of an issue if you regularly want to access the headphone socket and USB connections. There aren’t that many ports here, though, with one each HDMI and DisplayPort, USB 3.0 upstream and just two downstream, plus the aforementioned headphone minijack. 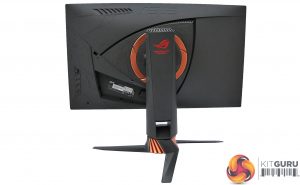 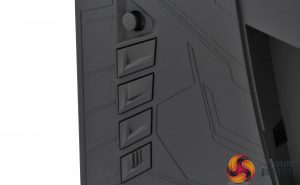 The OSD is controlled by four buttons on the rear of the screen and a joystick. The bottom button is the power button, whilst the others call up a variety of quick menus.