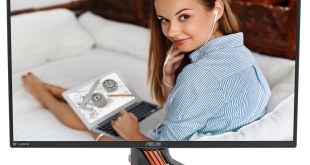 Gaming monitors are clearly going through a bit of a growth spurt, and ASUS is a company particularly focusing on this area. The ROG SWIFT PG258Q is a 24.5in screen with a whopping 240Hz top refresh and NVIDIA G-Sync, plus a host of other features specifically tailored for serious gamers.

The PG258Q takes the normal route for gaming screens of using a TN panel as its basis. This may not be the best technology for image quality, but it does mean that response is kept down to 1ms grey-to-grey, which many gamers will favour over pure colour fidelity. There are plenty of other gamer-focused features on offer too, with GamePlus modes available in the menu and game-oriented configuration presets.

The general specification is a little above the norm, too. The stated contrast of 1,000:1 is as expected for TN, but there’s plenty of brightness available, with a 400cd/m2 rating. However, although a USB 3.0 hub is built in, this only provides two downstream ports, which is strange when no webcam or memory card reader is provided to purloin the other two we would expect. 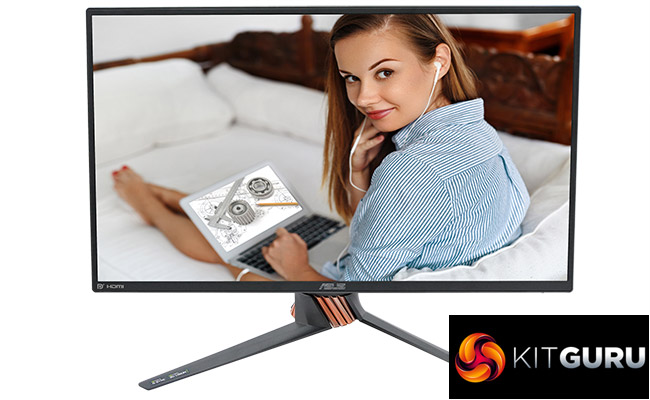 The video ports on offer are also fairly minimal, with just one each of DisplayPort and HDMI, and no DVI. The lack of VGA is less of a worry. There is a headphone jack for feeding out analog audio coming in via HDMI or DisplayPort. But there’s no routing of your analog audio connections to a more convenient place on the monitor’s body.

Although TN is usually associated with more keenly priced screens, the ASUS ROG SWIFT PG258Q most definitely doesn’t fit into that category. However, whilst the ability to provide 240Hz refresh and NVIDIA G-Sync have pushed the cost up to a pretty astronomical £559.99, they are the current state of the art, even if this price may well fall as more vendors provide the screen. Let’s find out if the PG258Q is worthy of its premium in other areas.