The ASUS ROG SWIFT PG35VQ is a monster in ever respect – starting with the packaging. 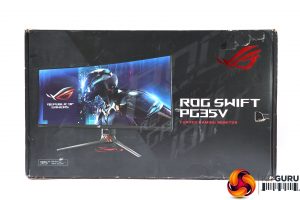 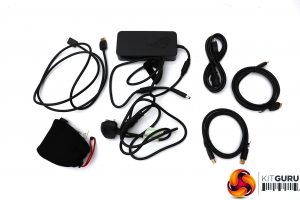 Inside that huge box can be found cables for the HDMI and DisplayPort connections, a USB upstream cable, plus the power supply, which is external, alongside its cords for UK and US mains. There’s also a little black drawstring pouch containing clear plastic lenses for the screen’s Aura Sync atmospheric lighting system. 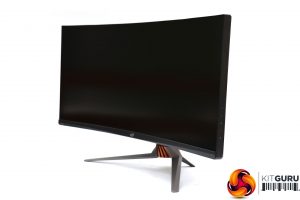 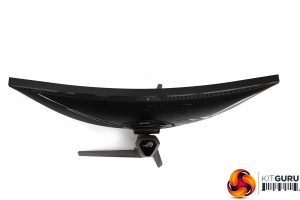 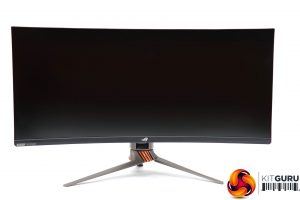 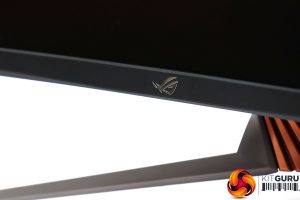 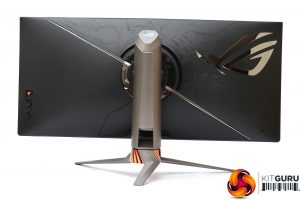 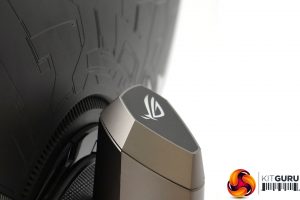 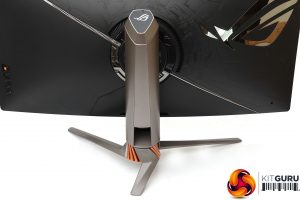 Black, brushed metal and copper appear to be on trend for gaming panels right now – the MSI MPG341CQR had a similar colour combination. The panel has a 1800R curvature, which is standard for most screens this size (although Samsung’s CF791 is a curvier 1500R). The ASUS ROG SWIFT branding is subtle on the front and top of the stand, but much more prominent on the back of the screen. As hinted before, this monitor has ASUS’s Aura Sync lighting system, which emanates from the bottom of the stand and can be customised with a choice of clear plastic lenses. 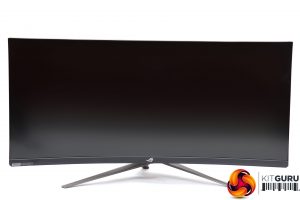 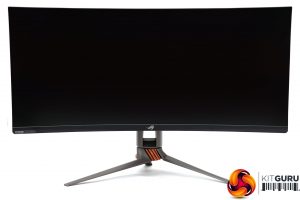 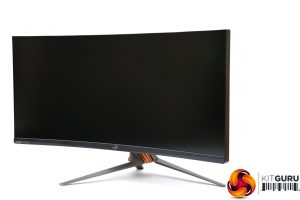 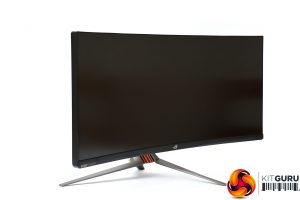 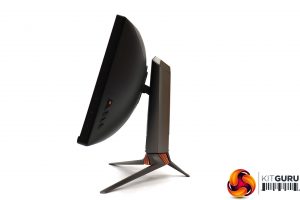 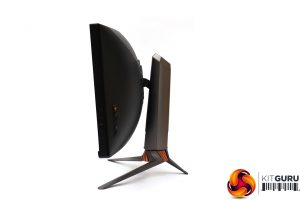 This huge monitor is still quite adjustable. You can raise and lower it through a 110mm range. It can be rotated 35 degrees left and right, and tilted six degrees forward or 20 degrees back. This is very reasonable considering that the weight and width of the panel might have suggested a more fixed stand. 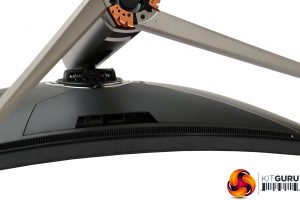 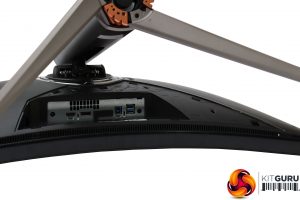 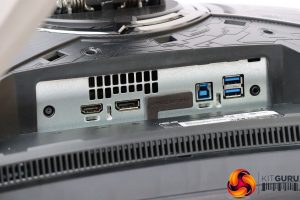 The ports are hidden behind a removable plastic panel. So they’re really meant for you to plug into and then not touch after that, including the USB ports. This means you won’t be using the latter for conveniently attaching a USB memory key, rather permanent devices like mouse and keyboard. On the plus side, there’s a hole in the stand specifically designed for you to route your cables through to tidy them up.

Next to the DC input for the external power brick, there are single HDMI 2.0 and DisplayPort 1.4 connections. As mentioned earlier, the latter is the only option for 200Hz refresh, with the HDMI port limited to 100Hz. Then there’s an upstream Type B port for the USB 3.0 hub, a pair of USB 3.0 Type A downstream ports, and an analog minijack for headphones – another port that would have made more sense not being hidden behind a plastic panel. We would have preferred some USB ports and the audio minijack to be on the side of the screen, and there’s also no USB Type C video input. 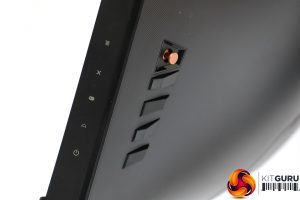 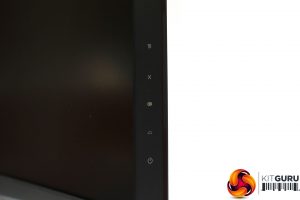 As is usual for ASUS’s screens, the menu is operated by a joystick allied with extra buttons. Their function is signalled by icons on the side of the screen, with the bottom button being exclusively reserved for toggling power.