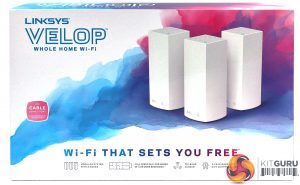 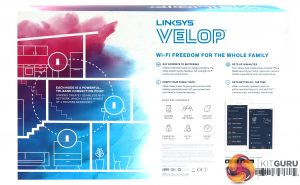 Befitting the stylish contents, the attractive box tries to explain what the contents actually do, with some success. The house diagram on the bottom shows a possible placement of the three router units within. 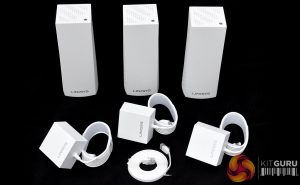 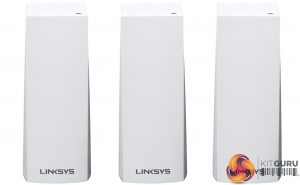 Inside the nicely magnetically closed box can be found three identical router units, each with an external power supply. Only one Ethernet cable is supplied. But it’s white and ribbon-type, so fits the white aesthetic of the overall package. 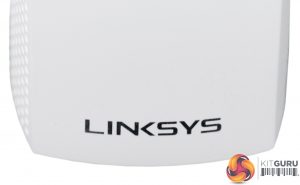 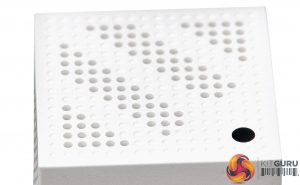 There’s not much to indicate what the Velop units are, with just the logo on the bottom and a status light at the top. 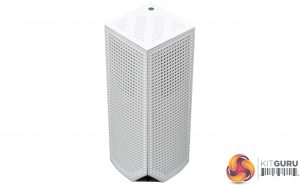 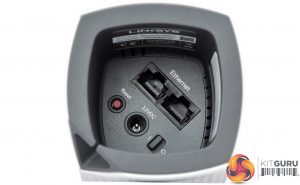 All three router units are identical, so it doesn’t matter which one you connect to your broadband and which ones are the satellites. Each unit only incorporates two Ethernet ports, however, which is a bit of a drawback if you want to use the broadband-attached unit as a router in a home office. You will need to use the single remaining Gigabit Ethernet port to connect to another switch via crossover if you want to connect more wired devices.

You will be able to connect two wired devices to each of the satellites, but these will then be attached to the network via the 867Mbits/sec backhaul, which can only be slower than a pure Gigabit Ethernet wired connection. Also notable by its absence is any form of USB connection, meaning that only Ethernet-based storage devices and printers can be connected.

One not so obvious feature that the Velop has compared to the Orbi is that if you happen to have a wired network spanning rooms, you can also connect the router units via this, release the backhaul 802.11ac, and then all three wireless channels can be used for WiFi clients.