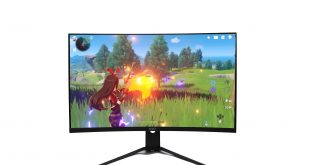 Going for a curved monitor used to mean compromising on other areas, especially for gaming. Refresh rates in particular were generally lower. But now curved gaming screens with no deficiencies are arriving, and the latest contender from MSI is the Optix MAG322CQR. With a 31.5in diagonal and 2,560 x 1,440 pixels, it promises high-resolution gaming, but crucially, it offers a 165Hz refresh rate and adaptive sync.

The MAG322CQR is based around VA panel technology, as with most curved screens. It offers a 1500R curvature, which is fairly pronounced. As we typically see with VA panels, the contrast is high at 3,000:1, but brightness is mediocre at 300cd/m2. Pixel response is quoted as 1ms, but this is MPRT rather than grey-to-grey, which is likely to be higher. MSI promises 96 per cent of the DCI-P3 colour space and 124 per cent of sRGB, which are both strong figures. The adaptive sync system used is AMD FreeSync Premium, which is the middle of the three levels and promises at least 120Hz at Full HD resolution as well as support for low framerate compensation. 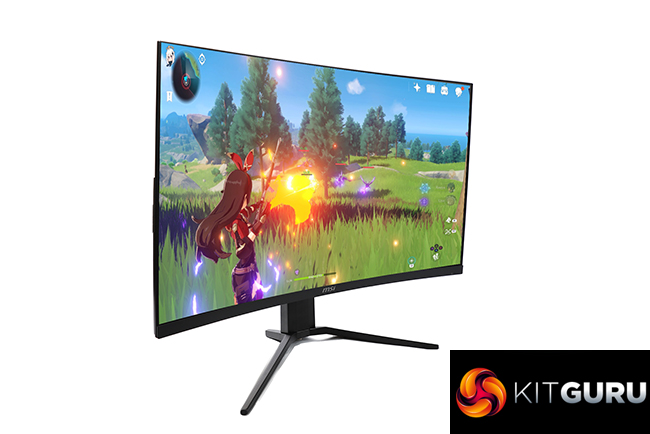 You can tilt and change the height of the MAG322CQR, but strangely there’s no swivel ability. For video connectivity, you get one DisplayPort and two HDMI plugs, and there’s even USB-C. You get a two-port USB hub, too. So everything looks good on paper for a capable gaming screen with plenty of connection options. The price looks a little high, but not outrageous, at a little under £450. Could this be the high-refresh curved gaming screen you’ve been looking for? Let’s find out.