The MSI Optix MAG322CQR hides its gaming excitement in a rather nondescript brown box. 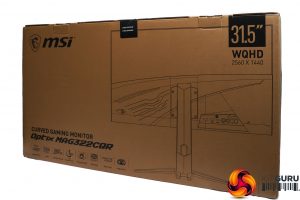 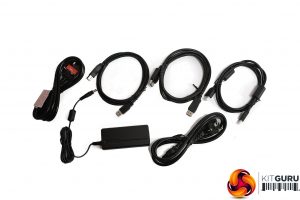 Inside you get an external power brick with UK and EU power cables, USB upstream cabling, and both DisplayPort and HDMI wiring. 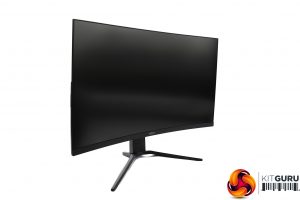 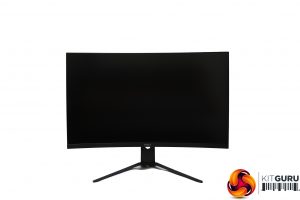 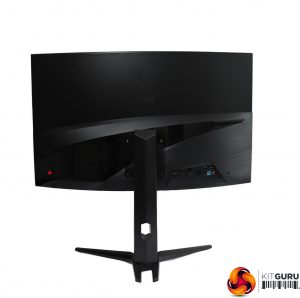 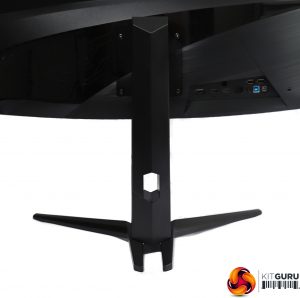 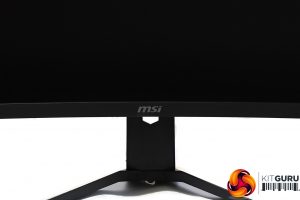 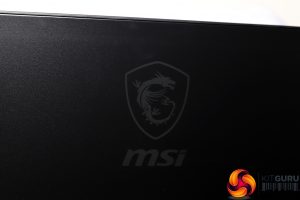 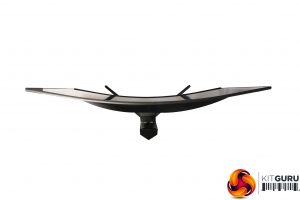 Like its box, the MAG322CQR is rather sober in appearance, with no flashes of colour to brighten the blackness of its bezel and stand. Perhaps MSI want to imply that this monitor eschews frivolity and means business – where that business is gaming. 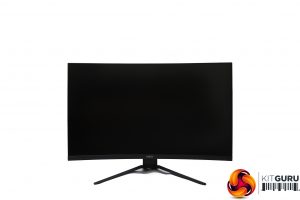 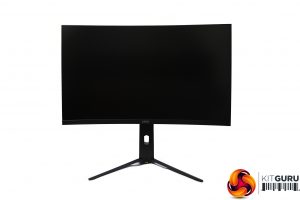 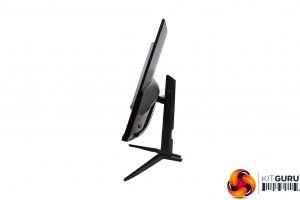 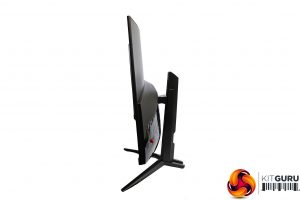 You can raise and lower the screen through a 130mm range, and tilt it 5 degrees forward or 20 degrees backward. But, as there’s no swivel, if you want to angle it you’ll need to move the whole stand. 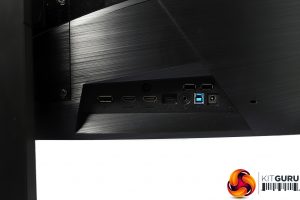 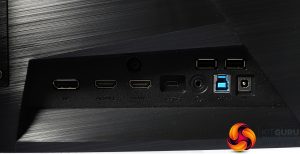 MSI has grouped all the ports rather compactly in one place. First from the left is a DisplayPort 1.2a connection, followed by two HDMI 2.0b. Note that if you want to enjoy the full 165Hz benefit at the native 2,560 x 1,440 resolution, you will need to use a DisplayPort connection, because the HDMI ones only support 144Hz.

Next along is USB-C, which will charge a connected device as well as receiving a video signal from it – handy for a laptop that supports both functions as well. Then you get the analog minijack for connecting earphones or speakers. Finally, before you get to the power input, is the USB upstream, with its two Type A downstream ports above. Surprisingly, this is only USB 2.0, so clearly aimed at keyboard and mouse rather than fast external storage connectivity. 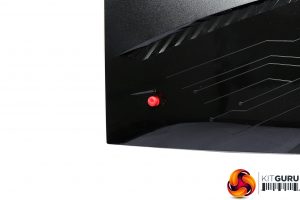