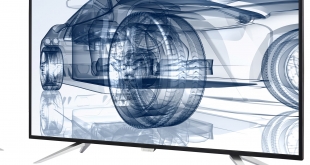 Size matters, and don’t let anyone convince you otherwise. It’s particularly important with 4K screens. Whilst the pixel count gives you bragging rights in itself, viewing 4K on anything smaller than a 27in screen beggars the point a little, as it will be hard to make out the detail compared to the next resolution down. In fact, the larger the better. So how about a 43in 4K screen instead? This is what Philips has on offer with the BDM4350UC.

This is an absolutely massive monitor, although it’s not particularly thick, partly because it doesn’t include an adjustable stand, instead relying on a couple of detachable feet on the bottom. These do restrict the orientation of the screen greatly, and will mean it has to sit on a desk at least as wide as it is, which is nearly a metre. You won’t be able to adjust it other than physically moving its location or placing it on a higher level. 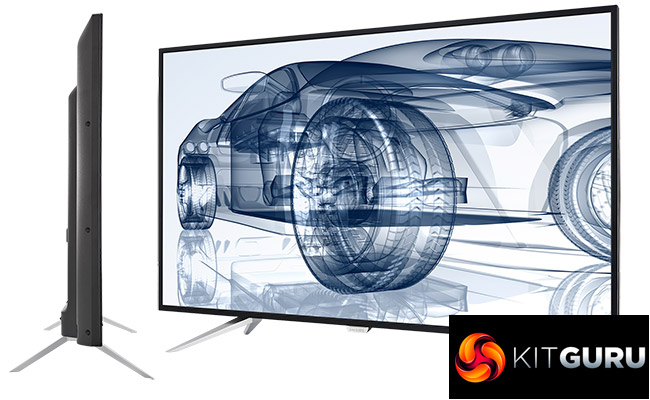 Once you’ve gotten over the sheer size of this screen, however, the specs are pretty sound. This is an IPS panel, so geared more towards image quality than gaming response. The panel is pretty normal for IPS, with a 300cd/m2 brightness rating and 1,200:1 contrast ratio, plus the usual IPS downside of a 5ms grey-to-grey pixel response. This won’t make it a PC gaming impresario, and nor will its maximum 60Hz refresh in 4K. But for general multimedia and professional work, the BDM4350UC’s size makes it very tempting.

Many inputs are available, with two each of DisplayPort and HDMI, and even VGA. There’s a four-port USB 3.0 port, too, as well as built-in 7W speakers. Amazingly, this 43in 4K screen only costs a little over £500. Is this a monster deal for a monster monitor, or just a monstrosity? Let’s find out.