Way back in mid-2015, Microsoft announced plans to support the keyboard and mouse on Xbox One consoles. There have been few updates since then aside from infrequent reminders that it is still in the works. Now, it looks like we are finally at the end of the road, with Microsoft officially announcing that keyboard/mouse support will arrive in the next few weeks.

Microsoft will be rolling out keyboard and mouse support to Xbox Insiders first, it will then be packaged in with the next big Xbox One update later on once testing has concluded. How will this affect multiplayer? Well in theory, it won't. Microsoft plans to let developers choose whether or not to allow keyboard and mouse input in their games. It will also be up to developers to matchmake accordingly. 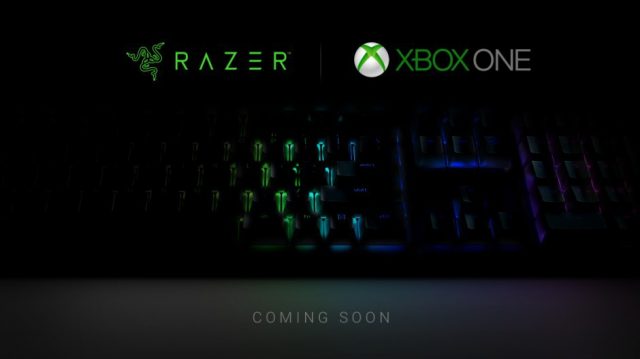 The first game that will support keyboard and mouse is Warframe but there will be a few other unconfirmed titles available to test with once the update starts rolling out to Xbox Insiders next month.

Most wired and wireless mice and keyboards will work with the Xbox One. However, as rumoured back in July of this year, Microsoft will be teaming up with Razer to launch an ‘official' bundle, which is currently being teased. We previously expected this to be the Razer Turret combo but that seems to have changed based on the mechanical keyboard shown in the teaser image.

KitGuru Says: Given that the Xbox One S and Xbox One X support FreeSync and 1440p output, this could be good for those who play their console games at a desk with a monitor. This will certainly be a niche feature, but once again, it is nice to see Microsoft branching out and trying to cater to as many tastes as possible.