With resolution, refresh rate and response times, gaming monitors can be a nightmare to find the right balance and often end up costing a pretty penny.  Thanks to Nvidia retroactively implementing “G-Sync compatibility” into FreeSync displays, Acer’s Nitro XV273K P might well have struck equilibrium while shaving around £1,000 off its closest 4K/144Hz competitor.

Nvidia first made its push into the 4K/144Hz G-Sync space with the ASUS ROG SWIFT PG27UQ and the Acer Predator X27, costing an eye-watering £2,300 and £2,200 respectively. Acer quickly followed this up with a cheaper FreeSync alternative for AMD cards, ushering in the Acer Nitro XV273K P for £899.

Rated at DisplayHDR 400, it’s easy to dismiss the Nitro XV273K P in favour of its brighter DisplayHDR 1000 cousins, but the recent introduction of “G-Sync compatibility” makes it one of the most cost effective gaming monitors around. Comparing the spec sheets of the Nitro XV273K P and Predator X27 side-by-side, the two have a considerable amount in common. 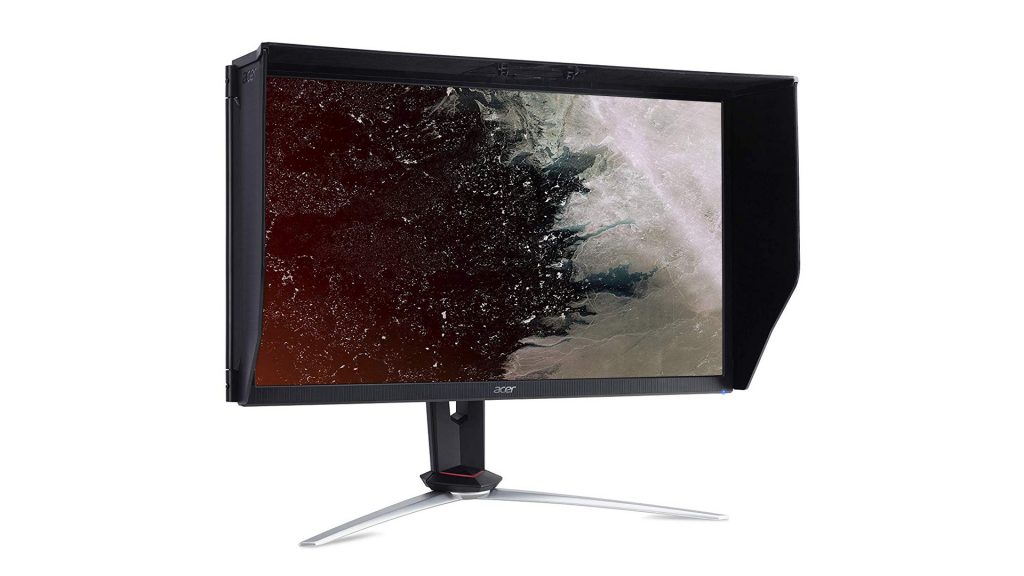 Aesthetically, both have similar sized bezels and detachable blinder panels for the two sides and top. Admittedly, the stand on the Predator X27 looks a lot more fetching than the Nitro XV273K P, but the latter manages to shed approximately 5.45kg in the process, meaning it’s much easier to manoeuvre should the need arise to relocate.

For those set on Acer’s premium Predator brand, the X27 is currently reduced to £1,749.99 on Amazon, resulting in a £450 saving. The Nitro XV273K P packs many of the same features into a triple digit price tag, costing just £899.