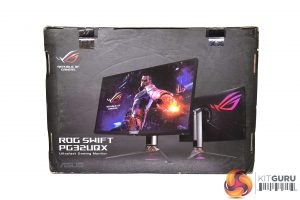 The ASUS ROG Swift PG32UQX ships in a black box, with a couple of images of the screen itself, as well as the ROG branding, visible on the front. 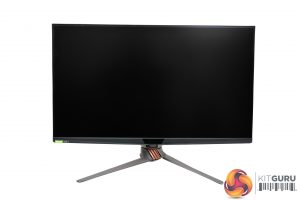 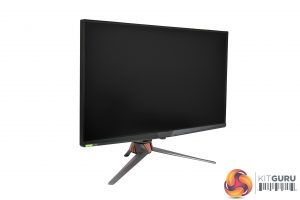 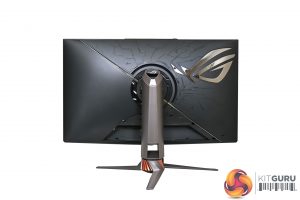 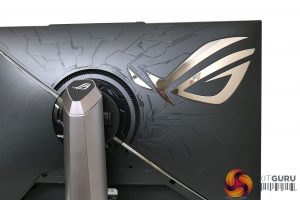 The screen itself looks very similar to previous ROG monitors, with some copper accenting in the base and a three-pronged stand. The back does look more ‘gamer-y’ than the front though, with a large ROG logo – which is an RGB zone – as well as a patterned plastic panel.

The front bezels are impressively slim however, measuring around 8mm on the top and sides, though the chin is thicker at approximately 20mm. A 2in OLED panel is housed in the chin, as you can see in our video, allowing users to display system stats or even a custom image. 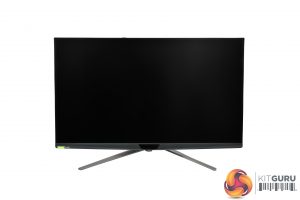 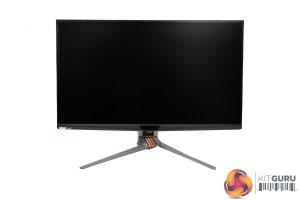 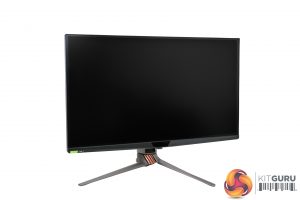 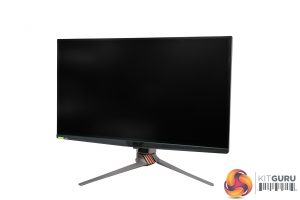 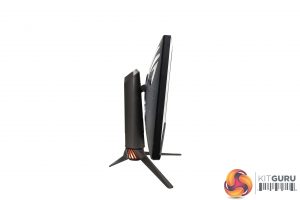 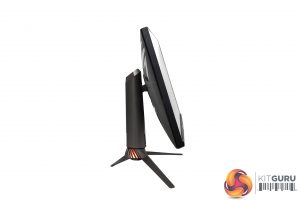 The included stand has a good range of ergonomic adjustments. The screen can tilt -5 to +20 degrees, it can swivel 20 degrees left and right, while there’s also 70mm height adjustment. The only thing missing is some kind of rotational ability, but if that is a key feature for you, third-party stands and monitor arms are supported thanks to a VESA 100 mount. 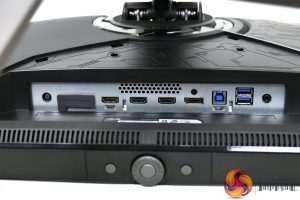 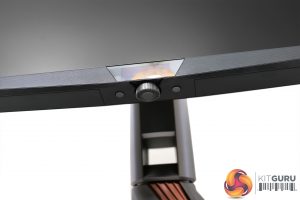 In terms of connectivity, the PG32UQX offers 1x DisplayPort 1.4 and 3x HDMI 2.0. Crucially, that means no HDMI 2.1 support, and we understand this is a limitation of the hardware G-Sync module used with this screen. There’s also three USB 3.0 ports, one upstream and two downstream, with a 3.5mm headphone jack also provided as the PG32UQX lacks any kind of speaker.

As for OSD navigation, a small dial is used instead of a 4-way joystick. The dial itself houses one button, with one more button either side of it.

Previous Microsoft follows Epic’s lead, reduces Windows Store revenue cut to 12%
Next Battlefield V is free on PlayStation Plus in May