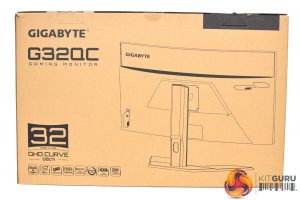 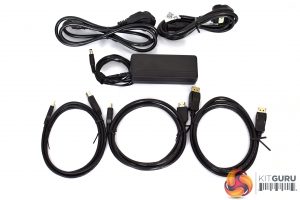 The Gigabyte G32QC ships in a fairly normal-looking box, with some product branding and an outline of the back of the monitor visible from the front.

Inside, there are three included cables – one USB 3.0 upstream cable, one HDMI, and one DisplayPort. There’s also a discrete 90W power brick, as well as both UK and European cloverleaf power cables. 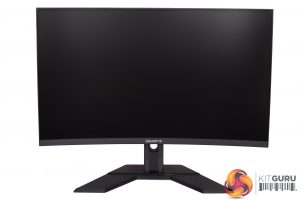 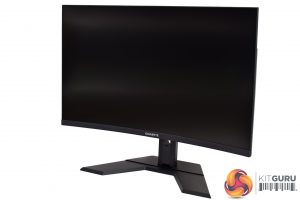 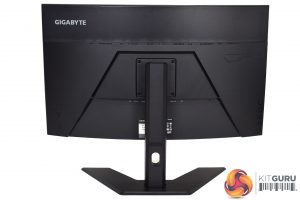 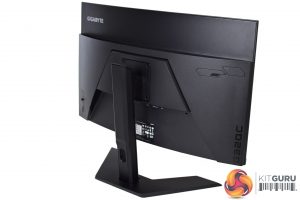 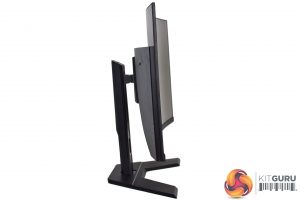 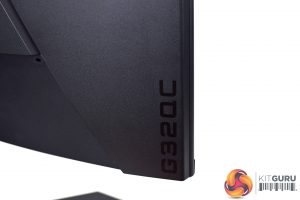 The monitor itself is a pretty sleek and stylish affair, and despite clearly being oriented towards gamers due to the panel specifications, I wouldn’t say the overall design screams ‘gamer’. Part of this is due to the entirely black design – there is not a hint of colour anywhere – which looks pretty stealthy, while the ‘bezel-less’ design also helps keep the screen looking trim.

The only real exception to this aesthetic is the base of the stand, which does look slightly more aggressive in its styling, but overall I have to say I like the clean and relatively paired-back design language Gigabyte is using here. 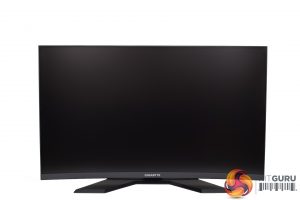 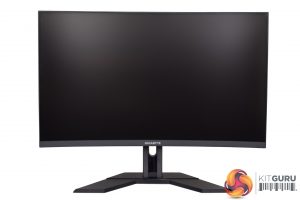 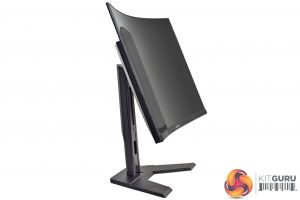 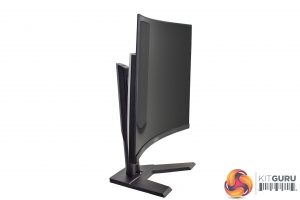 As for the stand, this attaches directly to the VESA 100×100 mount on the back of the monitor, so you can easily replace the included stand if you want. It is only adjustable in terms of height, with a 100mm range to play with, while it can also tilt from -5° to +20°. There’s no rotational adjustments (though this is largely redundant for a curved panel) or integrated swivel functionality, however. 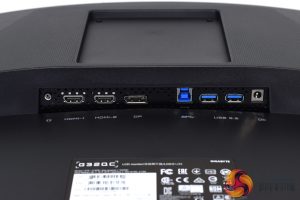 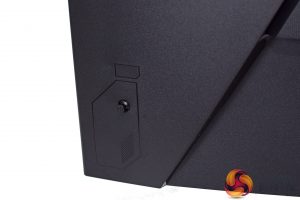 All the ports are located centrally on the back of the screen. From left to right, we have: 1x 3.5mm audio jack, 2x HDMI 2.0 connectors, and 1x DisplayPort 1.2 connector. Then there’s the USB 3.0 upstream port, next to its 2x USB 3.0 Type-A downstream connectors, followed by the power input.

The G32QC also completely forgoes traditional OSD buttons, in place of a single OSD joystick when can be pressed in, as well as moved up, down, left and right. The last thing to note is there are no included speakers with the G32QC. 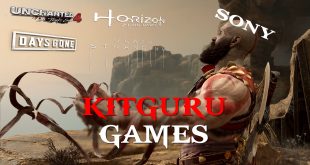 KitGuru Games: PlayStation has opened its floodgates to the PC market

If there was any doubt in what PlayStation’s plans were, they have all been made crystal clear with the announcement that 2018’s God of War is coming to PC. As Kratos himself said: "Now you are ready for a new beginning..."