Starting off with our subjective analysis, the most obvious thing about the image quality of this display are the tell-tale characteristics of a TN-type display. That is, viewing angles are poor and reproduction of light grey colours, in particular, isn’t very good.

Regarding viewing angles, the poor off-axis image quality limits this display’s use as a multimedia screen – you won’t want to be dropping that seat back and watching a movie on this panel. But, more importantly, you can notice the slight change in colour response from the top to the bottom of the screen, even when viewed straight on. You’ll hardly notice in games but for working, editing pictures or anything else that requires a consistent looking image, it’s something to bear in mind. 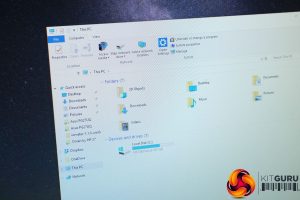 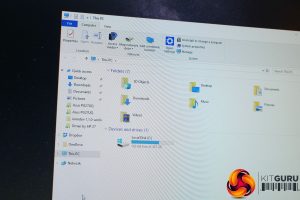 Light grey colours are lost in the left image. Changes in the white colour due to viewing angle shift is visible in both.

As for the light grey colours issue, open an app like Outlook or Word, or even just a web browser and all those light grey shades that are used to frame and highlight menus and scroll bars merge into one and look a little off-colour. This actually relates to viewing angles as well, and if you tilt the screen back a bit the colours become more distinct, but fundamentally it’s something you clearly notice even when viewing the screen straight on.

Just to be doubly clear, though, these are typical problems with TN LCD panels. Some people are happy to take them in order to gain the gaming advantages. Others find them too distracting.

Otherwise, this display puts in an excellent performance. Out of the box, colour balance looks good, there’s a depth and richness suggesting a good level of contrast and there’s no evidence of colour banding or flickering, as you can get on lower-quality 6-bit panels. There’s no egregious backlight bleed either.

Putting these impressions to the test, we next fired up our colorimeters to measure objectively how this display performs. We use a Spyder5 Elite with its accompanying software for most of our testing but find it under-reports contrast so use an Xrite iDisplay Pro and DisplayCal for these tests.

Starting with the contrast test and the Omen by HP 27 puts in a middling performance. At full brightness it hits just 777:1, which is some distance from the 1000:1 we’d hope for. Dropping the display’s brightness down to a more sensible level (150nits) and contrast increased significantly to 865:1. Still not amazing but much more acceptable. 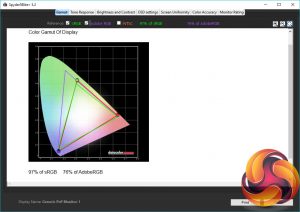 Next we moved on to our Spyder5 tests, and the first routine it performs checks for how much of the various standard sRGB and AdobeRGB colour spaces the monitor can cover – sRGB is what matters for a display of this type. The Omen by HP 27 puts in a decent performance, delivering a 97% sRGB coverage rating. 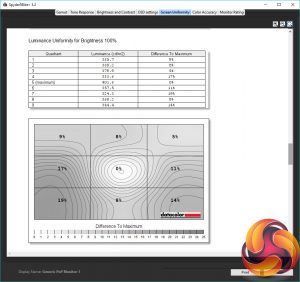 The uniformity tests are up next. These check to see how consistent the brightness and colour reproduction is across the full surface of the screen. At 100% brightness this display varies by an average of 9% and peaks at 19% variance. That’s not awful but not amazing either. 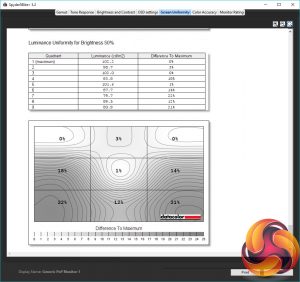 Dropping to 50% brightness – a more realistic brightness setting – and the average doesn’t change too much but the peak variance increases to 22%. That is, the bottom left corner is 22% darker than the top right. Hardly noticeable when gaming but not great for editing pictures or anything of that sort. 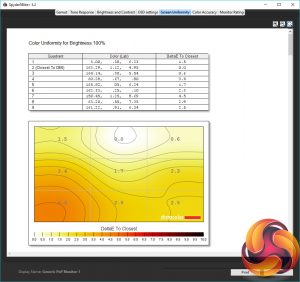 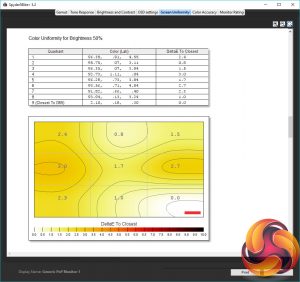 As for colour uniformity, this display does well. Colour temperature varies by an average of just 2.2% at full brightness and 1.7% at 50% brightness.

The Spyder Brightness and Contrast test checks for the white and black brightness levels as you change the display’s brightness settings from 0-100 (or equivalent). We ignore the contrast as this is under-reported but we can see from the brightness test that the monitor’s brightness settings provide a nice range of values, topping out at an impressive 418nits and dropping steadily down to 73nits. The colour balance also stays reasonably consistent as the brightness changes. 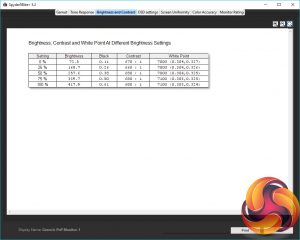 Talking of colour balance, this is the next test. The Omen by HP 27 has four main colour modes plus a host of gaming presets. We tested just one of the latter, for the sake of brevity. 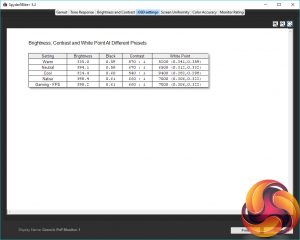 A colour temperature white point of 6500K is the standard for PC use so we can clearly see that the Neutral colour option is the one to go for with this monitor. 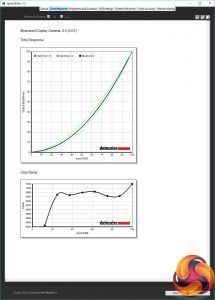 The penultimate test is for gamma, which is the rate at which the brightness of a monitor changes. A high gamma value makes the image look darker, while a low value makes it look lighter. Normally monitors have a choice of gamma values but not here. The fixed gamma setting on the Omen by HP 27 appears to be aiming for the PC standard of 2.2 but falls a little short, with a value of 2.0. This will make for a slightly darker looking image than is ideal. 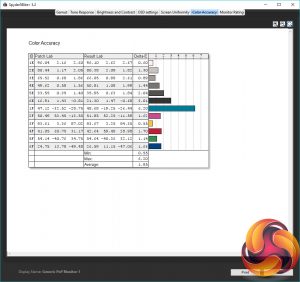 Finally, we test for this display’s ability to distinguish between small colour values, with a number called the Delta E – the lower the better. With an average Delta E of 1.85 and maximum of 6.20, this display does well, showing that its use of a higher-quality 8-bit panel does indeed result in finer colour fidelity.

All in all, the Omen by HP 27 delivers exactly the image quality we’d expect. For a TN panel it provides a reasonable level of contrast, colour balance and gamma are reasonably accurate and colour fidelity is good too. If you’re happy with the normal compromises of a TN panel, it’s one of the better options. 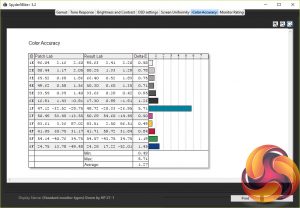 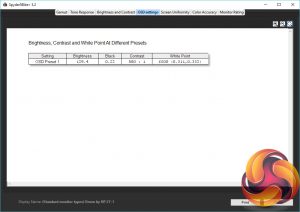 Using the Spyder 5 to calibrate the display, we selected the Custom RGB colour setting and adjusted the values to 100x100x96 then let the Spyder5 does its colour profiling magic. At the end of this process the display had improved only very slightly. The Delta E scores had dropped a smidge but colour space coverage, white point and gamma were all as before. This largely goes to show how good the baseline image quality is – non-adjustable gamma and contrast aside.

With its 1ms 144Hz TN panel this display delivers just the sort of raw gaming performance you’d expect. It’s feels responsive and easily kept up with our competitive gaming sessions. Upping the refresh rate to 165Hz didn’t bring a perceptible advantage and did result in a slight drop in image quality so we’d be inclined to keep it at 144Hz.

Meanwhile, the six different response time settings provide a really nice demonstration of how a monitor’s overdrive setting works. At level 1 there’s noticeable normal ghosting, where there’s a slight softness introduced to the moving images, due to the previous frame’s image being left behind.

Meanwhile, switch all the way to level 6 and there’s massive inverse ghosting. This is where you get a sharper main image but with a trail of oddly coloured images.

Set the response time to the default level 3, though, and it provides a near perfect balance. The image sharpens up a little but there’s no really obvious inverse ghosting. 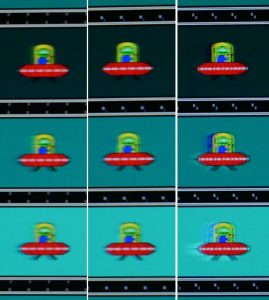 As for G-Sync, it again works as well as we’ve come to expect, consistently delivering tear and stutter-free images. Likewise ULMB noticeably helps to reduce motion blur. However, we tended to leave it turned off as it doesn’t work in conjunction with G-Sync.

All told, this monitor doesn’t break new ground for gaming performance but delivers on all the promises made by its impressive spec list.