ViewSonic is adding the Elite XG250G and Elite XG270QG to its portfolio of gaming monitors. Both monitors support Nvidia Reflex and G-Sync technologies while also boasting high refresh rates and low response times, making them fit for playing fast-paced games.

The ViewSonic Elite XG251G is a 25-inch monitor with a FullHD IPS panel capable of refreshing at 360Hz and featuring a 1ms G2G response time. The panel covers 99% of the Adobe colour gamut with up to 400nits of brightness, enough to receive the VESA DisplayHDR 400 certification. Moreover, it's also TUV-certified for Eye Comfort.

The ViewSonic Elite XG271QG packs a QHD IPS panel with a 240Hz refresh rate and 1ms G2G response time. Like the Elite XG251G's panel, it covers 99% of the Adobe spectrum, has a rated brightness of 400nits, and is VESA DisplayHDR 400 certified. 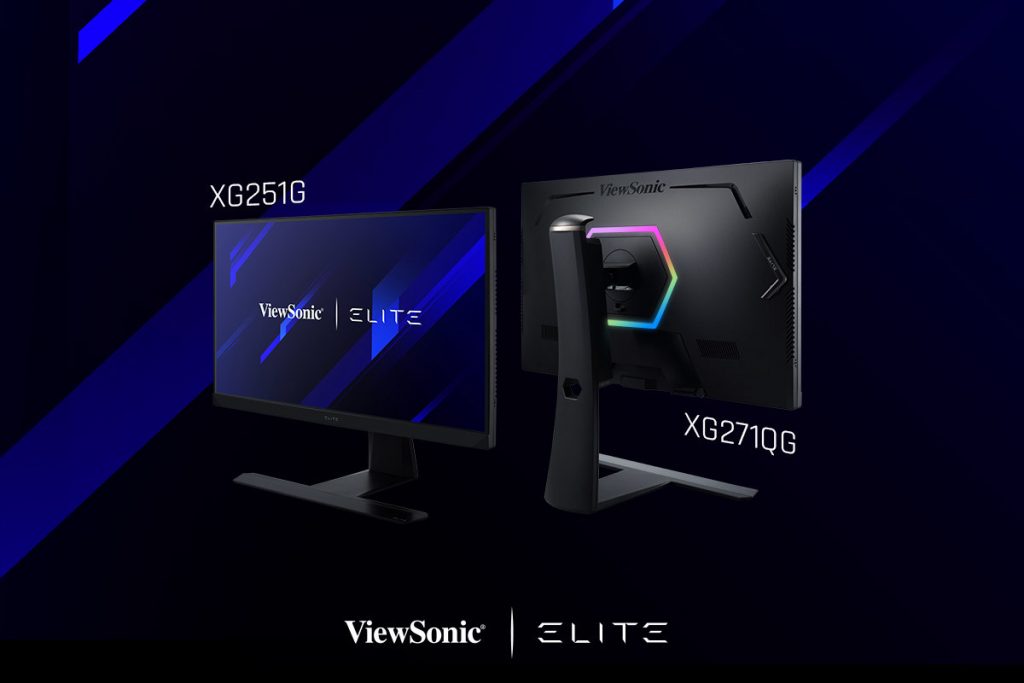 The new ViewSonic Elite monitors benefit from Nvidia Reflex to reduce latency and input lag and Nvidia G-Sync to diminish tearing and stuttering while gaming. Both monitors feature ViewSonic's Elite Design Enhancements (EDE), which include RGB lighting on the back of the monitor, a mouse anchor, and a headphones hook. The included stand allows users to tilt, swivel, and adjust the screen's height.

The ViewSonic Elite XG251G and ELITE XG271QG gaming monitors are scheduled to release in Q3 2021.

KitGuru says: Looking for a new gaming monitor to complete your setup or as an upgrade for your existing one? Will either of the new ViewSonic monitors be on your shortlist?