CES 2019: Razer is finally launching its own gaming monitor

There have been rumours about Razer jumping into the gaming monitor market for years- the idea was even used as a misdirection teaser for a laptop a couple of years ago. Now, at CES 2019, Razer has officially announced its first gaming monitor, known as the Razer Raptor, featuring a 1440p resolution and 144Hz refresh rate.

The Razer Raptor is currently in an early design phase but production units are slated for release later this year. Currently, Razer's spec sheet shows a 2560×1440 27-inch edge-to-edge display with IPS technology and tiny 2.3mm bezels. Beyond that, it has a 1ms response time, 144Hz refresh rate and support for FreeSync- something that Nvidia GPU owners will be able to take advantage of in the future. 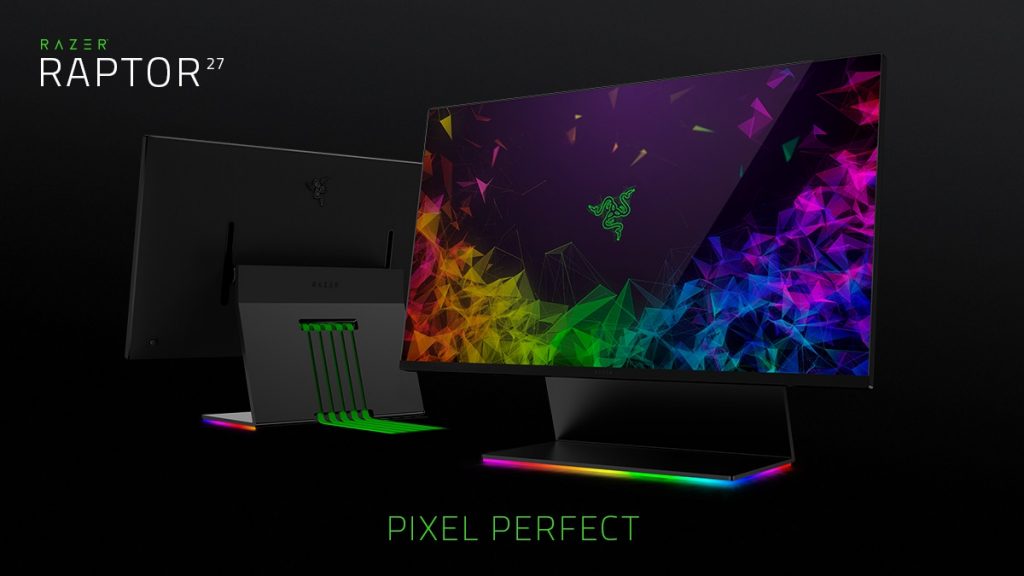 Other features include HDR support (peak brightness- 420 nits), 95% DCI-P3 colour gamut and of course, Razer Chroma lighting in the stand. The stand itself is designed with cable management in mind, with specific grooves for your cables- the stand is also wide enough to hide them completely. The back of the monitor features a HDMI 2.0 port, a DisplayPort 1.4 connection, 1 USB-C port and two USB 3.0 passthrough ports.

Right now, the Razer Raptor monitor is only slated for release in the US and Canada in 2019, with an MSRP of $699.99. Since this is still an early design model, some changes could be made before launch.

KitGuru Says: This monitor looks fantastic thanks to that edge-to-edge panel, although the stand seems a little too bulky for my liking. Still, in terms of specs, this is a solid choice for a high-end PC gaming setup. Are any of you hoping to pick up a monitor upgrade this year? What do you think of Razer's first offering?