Update: Although HP’s Omen X Emperium is being marketed at 144Hz, PR representative Jen Andersson has confirmed to KitGuru all BFGD devices are set to ship at 120Hz. Owners will then have the option to manually overclock the display within the settings.

Original Story: Nvidia’s effort to bring 4K, 144Hz & HDR to monitors as large as 65-inches came last year, with the announcement of its Big Format Gaming Displays. Although the ASUS ROG Swift PG65 was revealed as one of the first BFGDs before the technology’s subsequent delay, it seems as though HP is now leading the charge with its Omen X Emperium available to pre-order.

Qualifying as a BFGD is no small task, with Nvidia packing in 4K resolution with High Dynamic Range (HDR) at  1000-nit peak luminance, 384 zone matrix backlight and cinematic DCI-P3 color. Interestingly, the company has also opted to include a built-in Nvidia Shield, transforming BFGD monitors into a smart device that can control other linked smart devices with Google Assistant, act as a smart television and cast games from local PCs or Nvidia’s cloud. 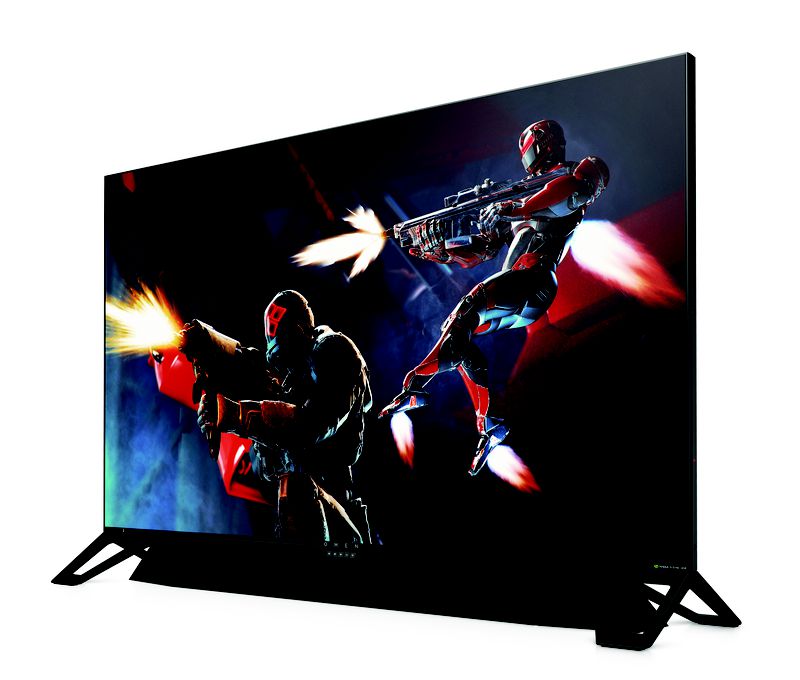 During the initial BFGD unveiling last year, 120Hz was set to be the standard for these displays. However, it looks like Nvidia has found a way to increase this to 144Hz, as seen with HP’s newly revealed Omen X Emperium. PR representative Jen Andersson has confirmed to KitGuru that all BFGD devices are shipped with a base refresh rate of 120Hz with the option to manually overclock to 144Hz.

HP’s Omen X Emperium is now available for pre-order, designed with three stereo amps and a variety of connectivity options including three HDMI ports, a single DisplayPort, two standard USB 3.0 ports and two USBs specifically built for the charging of other devices.

As expected, these new displays will be eye-wateringly expensive for the casual gamer, with the HP Omen X Emperium priced at $4,999 ahead of its February launch. It remains to be seen how this fares in comparison to competitors, as ASUS, Acer and potential other manufacturers have yet to lift the lid in time for their release later this quarter.

KitGuru Says: The value, while somewhat understandable, overshoots our previous £2,000 estimate by quite a margin, exchanging closer to £4,000 here in the UK. While this is sure to be out of reach for the majority of our readers, it’s an peak into an exciting new standard that you might very well be gaming on years down the line. What do you think of Nvidia’s Big Format Gaming Displays?