Following on from Nvidia's BFGD announcement earlier this morning, Asus has officially announced its ROG Swift PG65 Big Format Gaming Display. When Nvidia announced BFGD, we knew that Asus, Acer and HP would be among the first companies to bring out displays supporting this and now, we know what Asus's ROG Swift version will look like, alongside its spec. 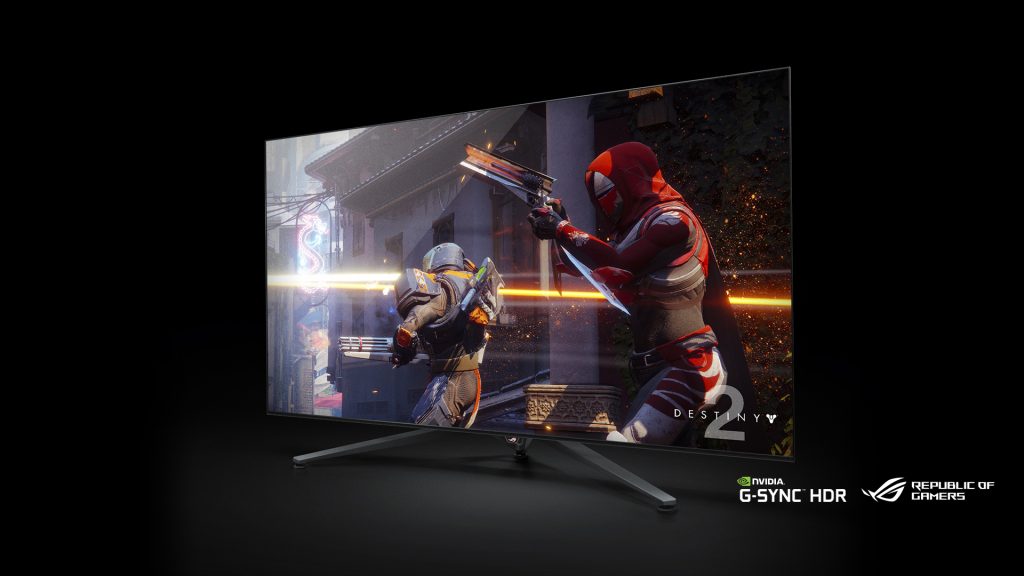 As you would expect from a gaming-oriented display, the ROG Swift PG65 comes with a low latency response time to eliminate input lag. The addition of G-Sync will remove screen tearing and the 120Hz refresh rate will result in an ultra-smooth PC gaming experience- assuming you have the graphics power required for 4K at 120Hz.

The DCI-P3 color gamut is 25 percent wider than sRGB, so you can expect better colors compared to a traditional 27-inch gaming monitor. Finally, the PG65 has a 178 degree wide-view panel, so viewing angles should be good if you are sat off center, or have this set up in a living room with multiple people watching.

We'll get the chance to see the ROG Swift PG65 in action at CES this week. There is still no pricing or release date, but we'll try our best to get some information out there.