We’ve come across some brilliantly easy OSD control schemes and some regrettably awful ones; the BenQ EL2870U falls somewhere in between. There are no less than five down-facing navigation buttons, meaning you’ll rarely have enough fingers to cover them all, and they have no LEDs or clear indicators, which can make them difficult to use in the dark.

They’re also a similar shape and size to the power button, and as such you might occasionally switch the monitor off accidentally when making adjustments. However, once you get used to this system it works well enough. 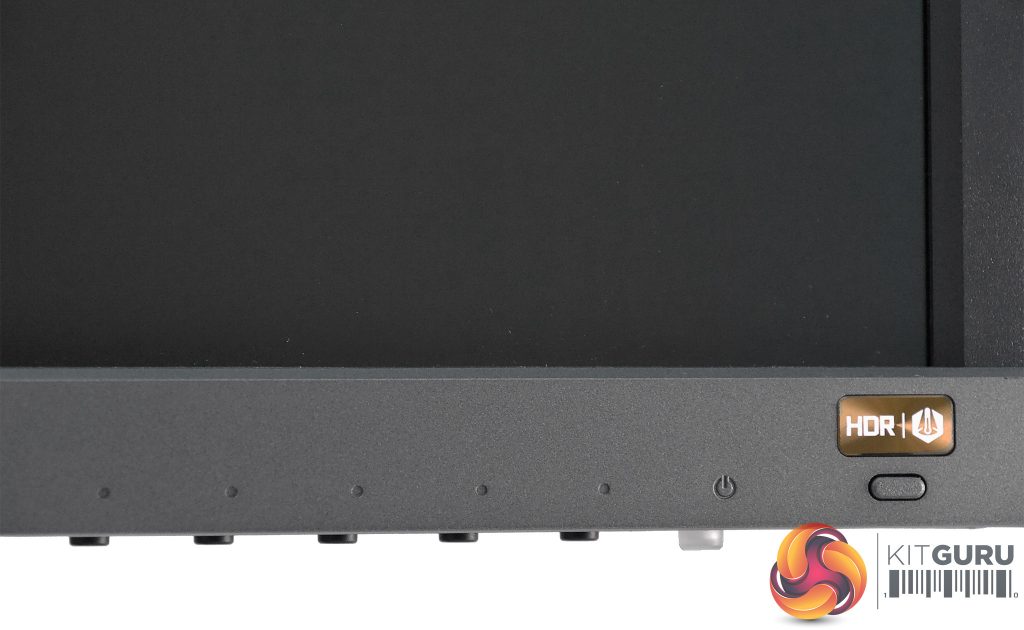 There is a single, ‘special’ button on the EL2870U’s front which has its own dedicated plaque, in gold no less, with the letters “HDR” and the aforementioned BenQ Brightness Intelligence Plus logo embossed on its front.

This allows you to turn on or off both of these nominees, although – strictly speaking – HDR is not something one should be able to turn on or off, since a source either contains HDR metadata or it does not. We will examine this feature and BenQ’s HDR implementation further in the Image Quality HDR section.

Thankfully things improve when it comes to the OSD itself, even though its design is a tad on the unattractive side. The initial OSD menu, activated with the press of any of the aforementioned buttons, offers a handy range of options – two of which are customisable. The first is a permanent Low Blue Light selection menu, which has presets for Multimedia, Web Surfing, Office and Reading, the latter of which reduces blue light the most.

This feature is always appreciated since studies have suggested that the blue component of the display’s output could cause loss of sleep or even have adverse effects on eye health, especially after long-term use. 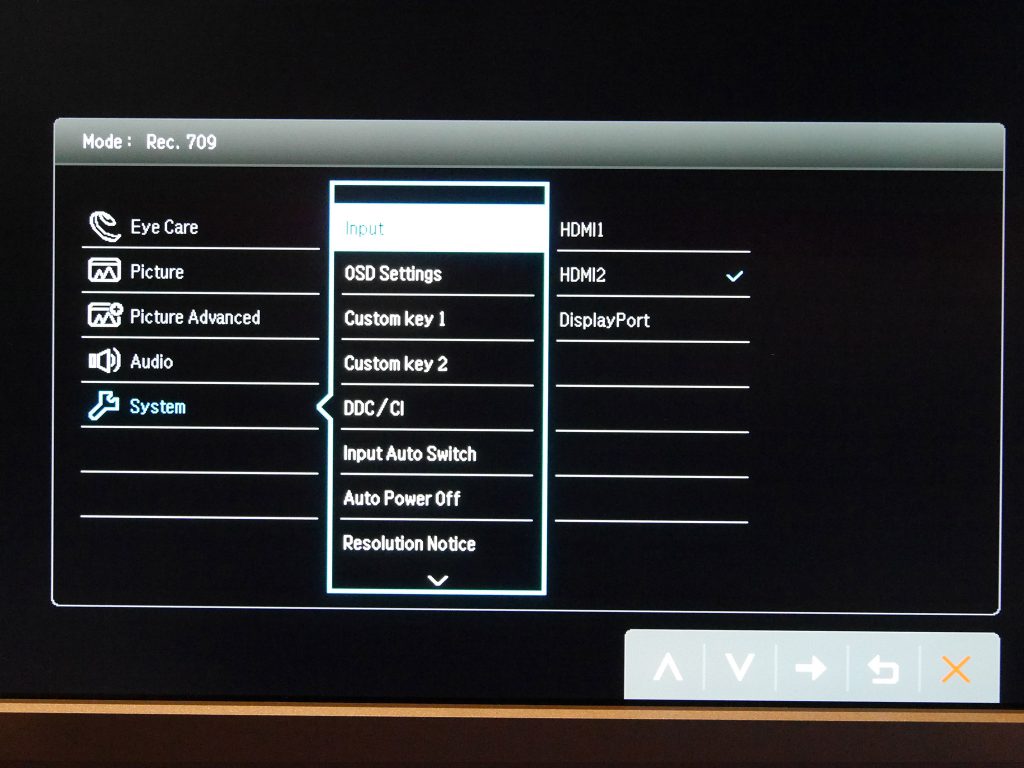 Next is a customisable menu which, by default, lets you select from a rather long list of image presets, including: Standard, HDR, Cinema HDR, Low Blue Light, Game, Photo, sRGB, Rec. 709, ECO, the intriguingly-named M-Book and User. Phew. Many of these grey out various settings in the main OSD menu, with User allowing the greatest freedom for those who like to tinker with their picture manually.

The EL2870U’s second customisable menu is set to switch between inputs by default, while the next permanent menu option gives access to the main OSD proper. This is subdivided into several sections. Eye Care, as its name suggests, contains the Low Blue Light and Brightness Intelligence Plus (B.I.+) features.

As previously intimated, B.I.+ is BenQ’s fanciful name for a light sensor which automatically adjusts the panel’s brightness and colour temperature (between 2800 – 9300K) based on your environment, and the sensitivity of this sensor can also be adjusted here. In our testing, B.I.+ pretty much did what it says on the tin, though it can’t be activated in every image preset. 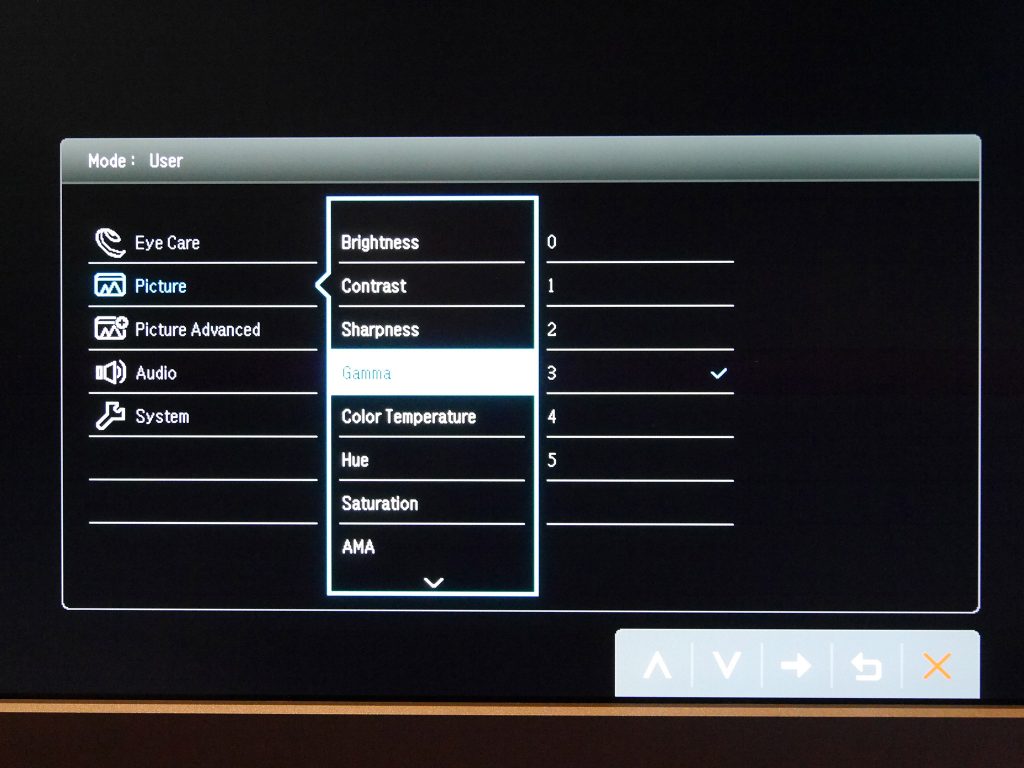 Picture, meanwhile, contains a generous selection of the usual suspects such as Brightness, Contrast, Gamma, Color Temperature, Hue, Saturation and more. Oddly, Gamma ranges from 0 to 5 in whole-number steps, rather than the more usual 2.2 (ideal), 2.6 and such. Color Temperature is also named after tones with designations like Bluish or Reddish, to which we would have preferred actual colour temperature figures be appended at the very least. Unusually, you can also adjust temperature with 0 – 100 RGB sliders, giving you finer control than many monitors allow here.

Under Picture Advanced we find further uncommon candidates. According to BenQ, Super Resolution “simulates high-resolution images by boosting the pixel density of the original video source to deliver a [sic] image performance of high clarity and vivid colours for your video enjoyment”. We’re used to seeing this kind of marketing blurb without much measurable (or in some cases, positive) effect in real-life video watching, but to our delighted surprise, Super Resolution actually works!

We found it noticeably increased the sharpness of outlines and details; though of course whether this is what the director intended is a whole can of worms. Be that as it may, suffice to say that – especially with lower resolution or blurry video – we would rather have this feature turned on than off. 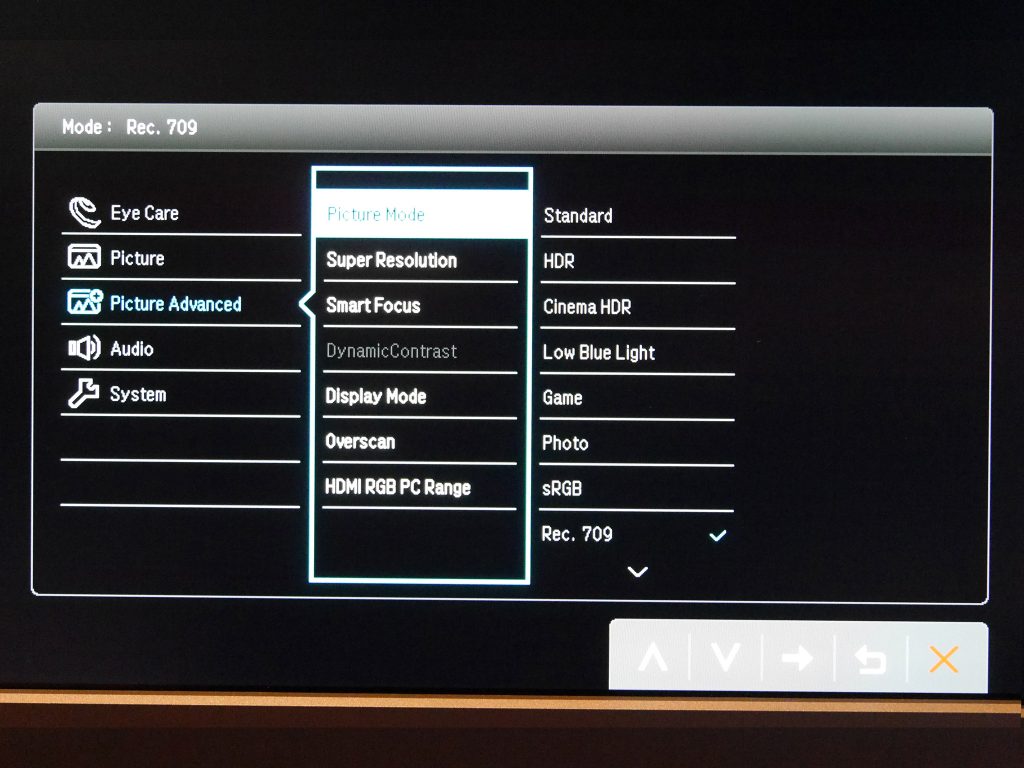 Picture Advanced contains a few further interesting titbits, such as Smart Focus, which brightens a rectangular ‘window’ in the display and dims everything around it. This window can be resized and moved around. Apparently this is to help you, um, focus on a specific area while reducing background distractions, but this is one feature we’re consigning firmly to gimmick territory for the majority of users. A few other video-centric options here include 1:1 pixel mapping, Overscan, and HDMI RGB PC Range, all of which mean BenQ kept non-PC sources in mind for the EL2870U.