It seems a tad bizarre to include a CD with a brand-new product requiring, by its physical connectivity, a very recent laptop that is incredibly unlikely to come with an optical disc drive and therefore the ability to read said CD.

While we guess a memory stick might have added too much cost, at least the quick start guide should have given the specific link where the included software could actually be found, rather than just pointing the user towards the generic AOC.com.

Nor does it help much that trying to find the appropriate software and drivers for its I1601FWUX on AOC’s official website is like locating a needle in a haystack – at least on the global or European versions. As is so often the case, the answer is to pop on to the US website. And just to save you some hassle, we’re providing the link right here. Like on the CD, you’ll find a User Guide and driver, along with i-Menu, E-Saver and Screen+ software packages. Admittedly you don’t actually need any of these for the AOC I1601FWUX to work, since it’s a plug-and-play device, but they can sure make life a little easier – or at least, they probably would if they worked… 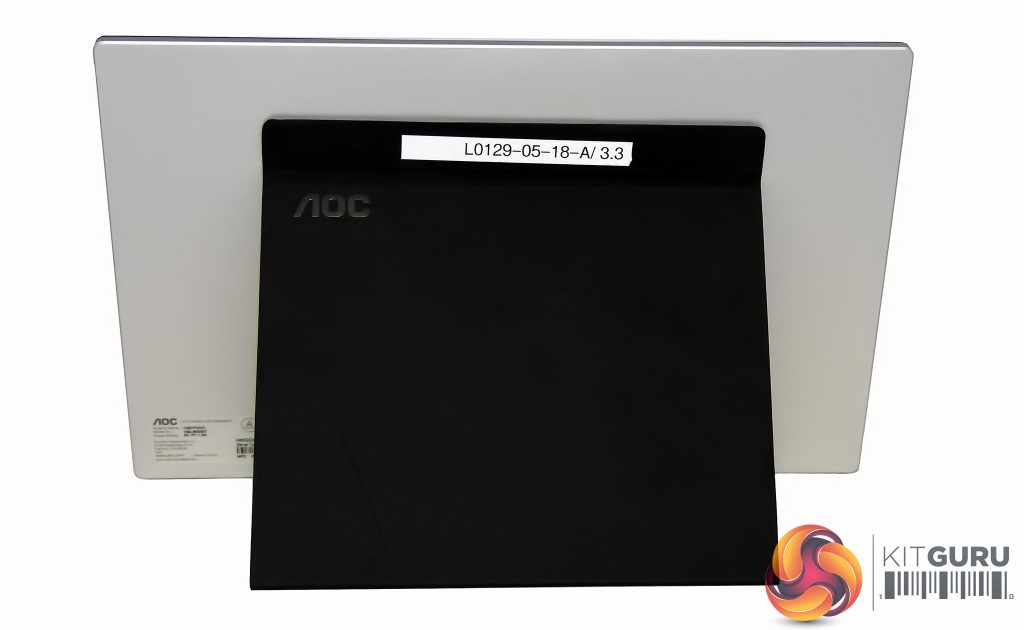 We tried i-Menu first, hoping it would let us by-pass the finicky OSD controls and actually use some presets. With i-Menu, you can adjust a variety of monitor settings through the app rather than directly on your monitor; however, it simply would not recognise the connected AOC monitor, only the test-laptop’s own display.

Thinking this might be due to the driver not being installed, we popped back onto the website. Selecting the file called “Driver” actually downloaded a file called Pivot Driver, which would be nice to put on the website as its name instead. Unlike the other packages, which downloaded as Zip files, this one was a .rar compressed file; so off we had to go for the freeware 7-Zip to be able to extract it, as Windows does not natively do this. Way to make life easier AOC.

Incidentally, we thought that at least with this Pivot Driver the monitor should now be able to recognise when it’s pivoted automatically, but no such luck.

And after all this, it appeared AOC’s i-Menu still had no idea there was an AOC monitor hooked up to our machine. Turns out you have to set the I1601FWUX as your main display before i-Menu will let you do anything with it. Again, most high-end laptops with the appropriate USB Type-C port for AOC’s portable monitor to work are likely to have an equivalent or higher-resolution screen, and in most working scenarios we would want this to be our primary, so we really wish AOC would let the user select which display i-Menu controls manually.

But the fun wasn’t over yet, for when we tried to change any of the settings, nothing happened. It was then that we noticed a weird thing: even though the resolution section of i-Menu now showed the I1601FWUX’s correct Full HD resolution, and several previously greyed-out options had become available, the software’s info panel still showed the manufacturer and recommended resolution for our laptop display.

In summary, in its current state either i-Menu is a mess, or we were unlucky enough to have a hardware/software setup it doesn’t want to play nice with.

Thankfully, Screen+ was a different story. It’s a neat little app that lets you divide any native or connected display(s) into a whole bunch of different square or rectangular segments that act as windows resizing constraints. For example, with a few clicks you can set each display to support up to eight numbered areas.

Once you drag-and-hold a window around the desktop the segmented area overlay appears, and you can simply drop said window into any one of these to ‘snap’ it into place. Screen+’s only caveat is that it doesn’t work with everything, like for example Windows’ own settings menu. Yet overall it’s simple to use and genuinely handy, even without the I1601FWUX connected.

Last and least of the bunch, E-Saver presents you with a colourful and rather childish interface that lets you control the turn-off and standby times for the connected AOC monitor when your source device is on, off, sleeping or running a screen saver. Hardly essential stuff, but a neat little extra nonetheless.