Eiji Aonuma on Zelda pushing Wii U to its limits

Eiji Aonuma, the man behind almost every Zelda game since Ocarina of Time, has been talking up the latest entry in the series, set to release sometime this year on the Wii U. He previously stated that the game would feature revamped puzzle solving and exploration mechanics, utilising a more open-world with less of a linear structure than previous games he'd worked on, but lately he's been discussing the graphical aspects of the game, saying that it pushes the Wii U's hardware to its limits.

Of course the Wii U was never designed to be the graphical powerhouses that the Xbox One and PS4 were, but then again, it's not the one that's struggled to hi 60 FPS at 1080p resolutions. Still, it's no real surprise that the new Zelda would be quite taxing for the little machine, as the original trailer for the game looked incredibly pretty. 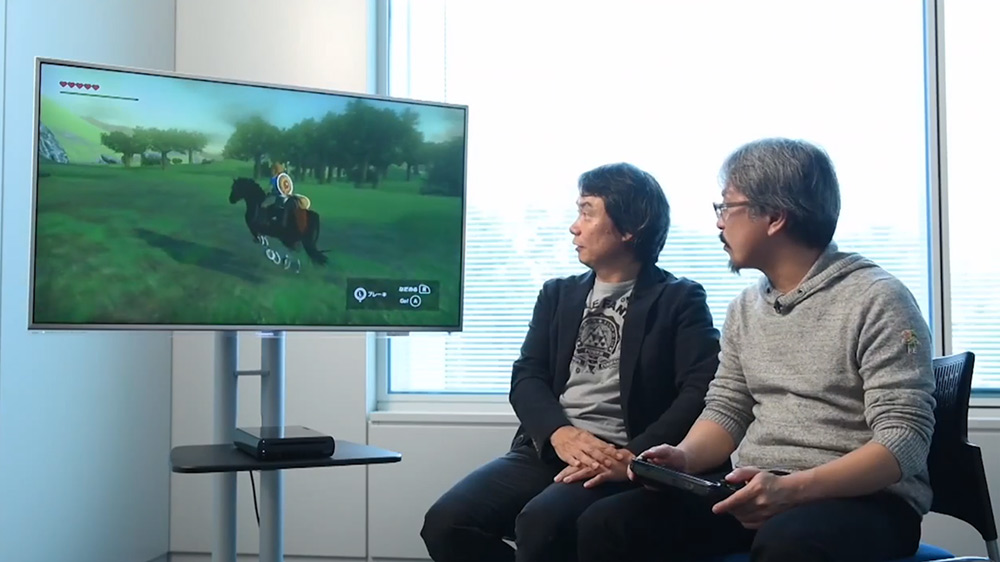 However it goes beyond just having nice textures and models. Aonuma wanted Zelda on the Wii U to have what the series has always had: a large open world to play in.

“Ever since we made the very first generation of Legend of Zelda games though, we've had as large a world as can be realised with the hardware, so you could say it was inevitable that we've now done the same with the new Wii U title,” he said in a chat with Game Reactor.

While he said that Zelda games had always had large worlds, “What's changed now is that the hardware has progressed to the point that you can now explore this vast world seamlessly; the underpinning of the game hasn't changed.”

Everything in the world that you can see, can be visited and to make finding those points easier, the draw distance in the world is pretty far too.

Aonuma also mentioned that the map for the game could be accessed on your smartphone, as well as on the game pad. This could theoretically allow a second player to act as navigator, or give just give you a third screen to use if the gamepad is handling inventory or other aspects of the game.

KitGuru Says: I'll admit I haven't played a Zelda games since the Ocarina of Time, so perhaps it's time I took another swing at one when the '15 Zelda title is released.