Even Star Citizen’s damage is pretty

Considering backers of Star Citizen have spent $75 million between them on the game’s funding, most of which has gone on ships that weren’t out yet, presumably most are keen to keep their space faring vehicles in tip top shape. Still, if Star Citizen has done one thing throughout its development its impress with its visuals, which is why it’s no surprise that even when they’re getting blown to pieces, the game’s ships still manage to look excellent. 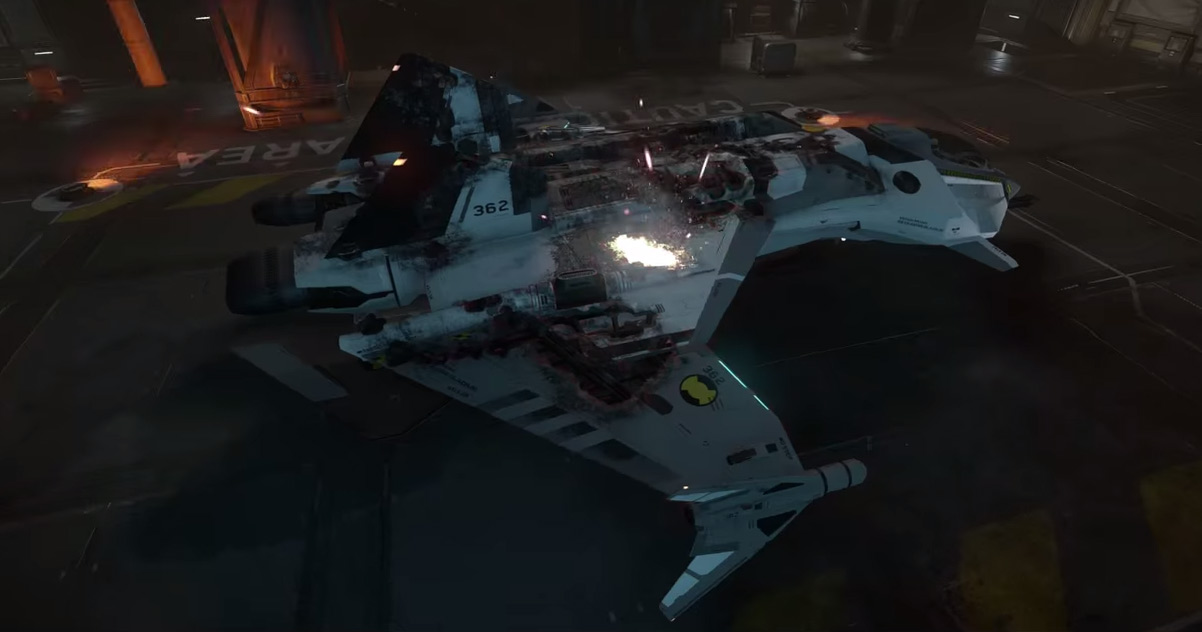 This is all part of the new damage model that Roberts Space Industries has introduced for the game and it shows an impressive variety considering the number of weapons that players will be shredding each others’ ships with. There are energy based weapons which leave a tell tale glow as they punch through the hull and ballistic armaments which crash through with all the subtlety of their historic counterparts.

It isn’t just all texture changes though, real pieces will come flying off if you hit the right spot and if you are able to get in enough shots in a straight line, you can use your super-advanced laser weaponry as a cutting tool, shearing off whole sections of your enemies’ ships. Damage can also affect a ship’s manoeuvring, with heavy shots spinning it around its axle and potentially making it easier to line up that killing blow.

Star Citizen is still under development and is set for a release sometime in 2016.

KitGuru Says:  It will be interesting to see if certain tactics emerge from the new damage system, whereby cutting off specific parts of sturdy ships will make the task of taking them out much easier.