GSP Indie dev on why game sales are bad

Cliffski, no not Cliffy B, Cliffski, Cliff Harris, developer of Gratuitous Space Battles, the Democracy series and Redshirt among others, has taken the bold stance of attacking the practice of revolving Steam Sales and Humble Bundles, suggesting that it’s creating a dangerous climate where games and developers are undervalued and underplayed.

This is an interesting position, especially for an indie developer. Humble Bundle was originally conceived as the Humble Indie Bundle, a way for smaller developers to band together to generate more income from their titles by sharing the spotlight and some of the proceeds with charity, but the climate has changed since then, and Mr Harris doesn’t believe that it’s heading in a direction that benefits anyone.

Firstly, he says, in the blog post titled, “We need to talk about unplayed games,” is that these sales are killing off game launches. “That thing where everyone plays the latest game doesn’t happen so much now. The game is ignored until the first 50% or 75% off sale,” he said. This ends up meaning multiplayer games are launching without adequate player bases and patching and updates are hard without a decent revenue stream for the few months after launch. 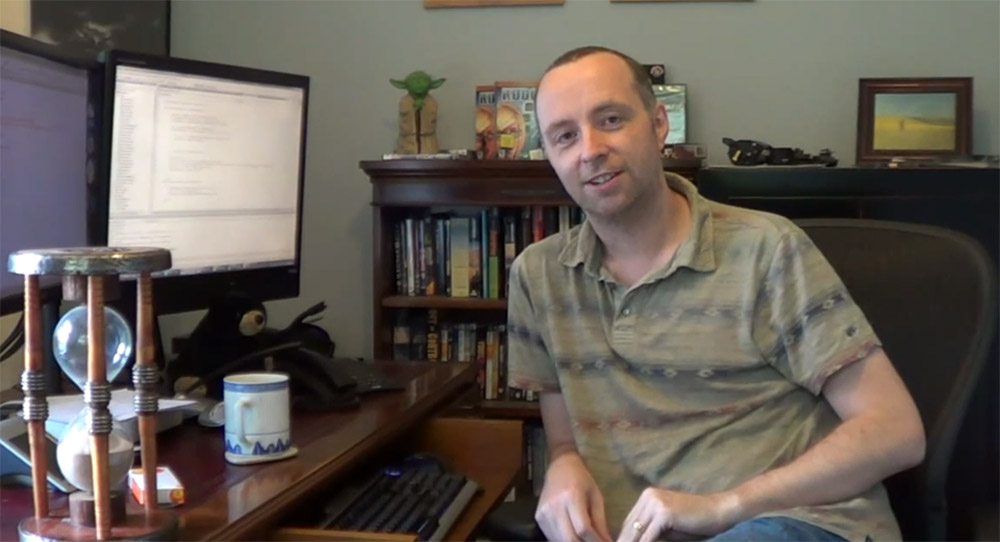 Just look at the size of the man’s hourglass. He must know what he’s talking about.

He also said, that because so many people are waiting for a big sale, games are being bought because they have a good logo or screenshot and a heavily reduced price. This rewards marketing over gameplay, which is dangerous. Similarly, when being in a Humble Bundle alone makes you a decent living, then just getting your game on there becomes the goal, rather than making a game that will sell because it’s good.

“We expect games to be $5,” he said. “We don’t ‘invest’ money in them, so we give up and discard them at the first time we lose, or when we get confused or stuck. Some games are complex, tricky, hard to master, take a while to get to the point at which it all makes sense.” And this, he says, leaves us playing 10 per cent of the average game before moving on to the next one and Harris is as bad as anyone. There’s not a single game in his collection that he’s finished, he says. Developers know this too, which is why they’re adding a lot of filler to games, to give you the idea of plenty of content, without ignoring the fact that most players won’t ever get that far.

“I understand that varied price points to suit different gamers is good, I understand the reasons for sales being economically efficient ways to maximize global utility,” he said. “We are no longer selling products [though], we are selling discounts. The endorphin rush is now from getting a bargain, not the fun of actually *playing* the game. This is bad.”

KitGuru Says: The man has some interesting points and he’s been developing long enough to see these trends in action. Looking at my own Steam collection, there are a few games I’ve finished and some of them recently, but there are a lot of unfinished games in there too. What about you guys? Do you find yourself sale hunting rather than playing good games over long periods?