Adam Orth is a man that should know a thing or two about aggressive, online mob tactics. Why? Because he’s the man that sent out the Xbox One #Dealwithit tweet last year when gamers reacted negatively to the console’s always on design. This led to him receiving thousands upon thousands of aggressive messages, many of them death threats, ultimately leading to his “resignation” just a few days later. Now he’s talking about the experience at GDC and how he feels we’re in danger of destroying a lot of good with internet lynch mobs.

“I was becoming the next victim of the internet hate phenomenon. It was an absolute feeding frenzy. My public and private life was fair game,” he said of the days after his tweet went out. People in his personal and professional lives distanced themselves from him and ultimately he felt the need to leave his job because of it – all because the response to his tweet were people wishing cancer on him and his child.

“The reason that internet threats are terrifying is not the possibility of the realization of a violent act; it’s that society has regressed to a point that this behaviour and discourse is an acceptable and expected response to something someone doesn’t like or agree with,” he said. 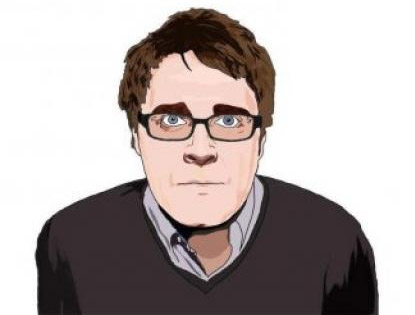 Remember how much you hated this face this time last year?

During research for his talk, Orth purportedly talked to several developers about player toxicity, but none of them would go on the record. Several though said that they were thinking of leaving the industry because of it and many more saw the industry as divided between developers and players because of it. When you look at the creators of Flappy Bird and Fez, you have to admit they have a point.

Ironically its games like Journey and Hearthstone, which remove a lot of player interaction, which have cut back on vitriol more than any others, perhaps by forcing gamers to communicate through actions rather than words and they’re therefore more likely to be respectful.

Orth is now working on a game of his own which addresses this issue that he feels passionately about and he urged other developers to do the same, never forgetting the joy that games can give other people.

KitGuru Says: While I agree that the level of vitriol levied at Orth was over the top, he made the same mistake Microsoft did: treated an issue that gamers care passionately about, with flippancy. While gamers could certainly do with a lesson in manners, Microsoft and Orth could learn to treat their audience with a little more respect too.