Here’s how base building will work in XCOM 2

XCOM 2 is a game that assumes you failed to stop the alien menace in the original. It assumes you failed so hard that you didn’t even put up much of a defence, but that doesn’t matter, as you can put up one now. With a new mobile base, new equipment, new soldiers and new skills, you’ll take the fight back to those that have overtaken the world and enslaved its inhabitants, and you’ll do it while constantly on the move.

While those guerilla tactics are great for staying hidden, they aren’t so cohesive to base building – a core aspect of XCOM gameplay. So what’s to be done? In XCOM 2, you modify your ship.

The Avenger, your home away from the only home you ever knew, is a repurposed alien transport vessel, that’s fitted with all of the equipment, vehicles and hanger space you need. However, you may need more, so over time, your men will reclaim portions of the ship, convert its alien technology to your own uses and gradually improve what the ship/base and your soldiers are capable of. 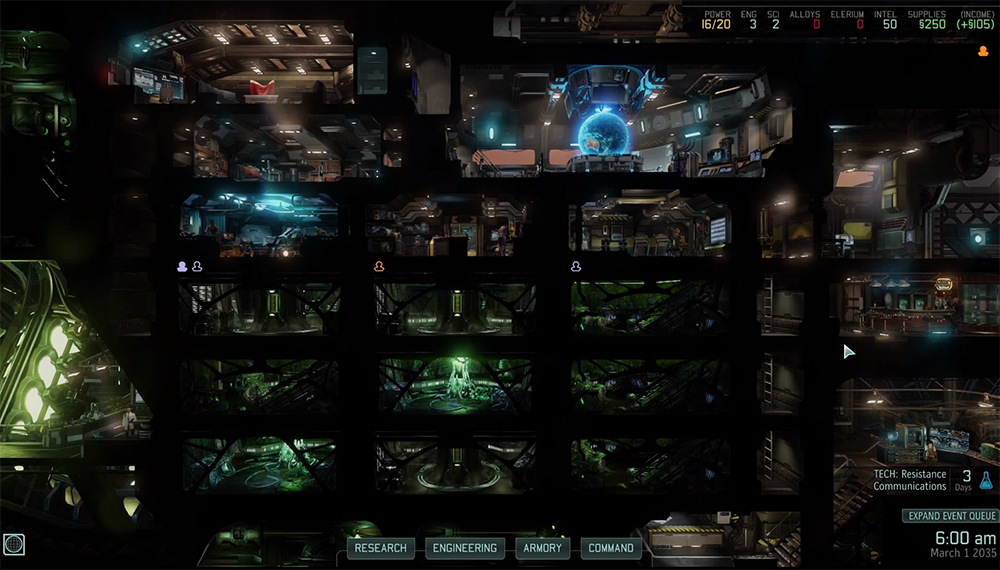 The video above doesn’t just cover how the base is built though, it shows how it’s managed, how information is gathered and missions are spawned. It doesn’t get into the turn based ground combat, but we know how that works already, it’s the more meta stuff that’s an exciting revelation.

KitGuru Says: What do you think of how the game is coming along? It seems like quite a new interesting take on the XCOM formula. I’m just finishing up a Xenonauts campaign myself, so perhaps I’ll give this a bash when it shows up.