The League of Legends’s player run Tribunal system was an ambitious attempt to curb negative attitudes and comments from players of the highly competitive, and often toxic game. However about a year ago it was pulled, with Riot stating that it wanted to revamp the feature and improve it in a number of ways. Players today are missing its absence, even if Riot has implemented many other changes since to continue improving the game play experience, but they may not need to for much longer, as it looks like the Tribunal is coming back very soon.

Announced on Reddit by Riot’s social systems designer, Jeffrey “Lyte” Lin, the new Tribunal is said to include some of the various improvements that Riot has brought to bear over the last 12 months, including positive incentives for players to be nice to one another. Of course there will be all the usual punishments in place for those that break the rules, like temporary bans, low-queue priority and chat blocks, but Riot and Lin want to see more players rewarded for doing the right thing too. 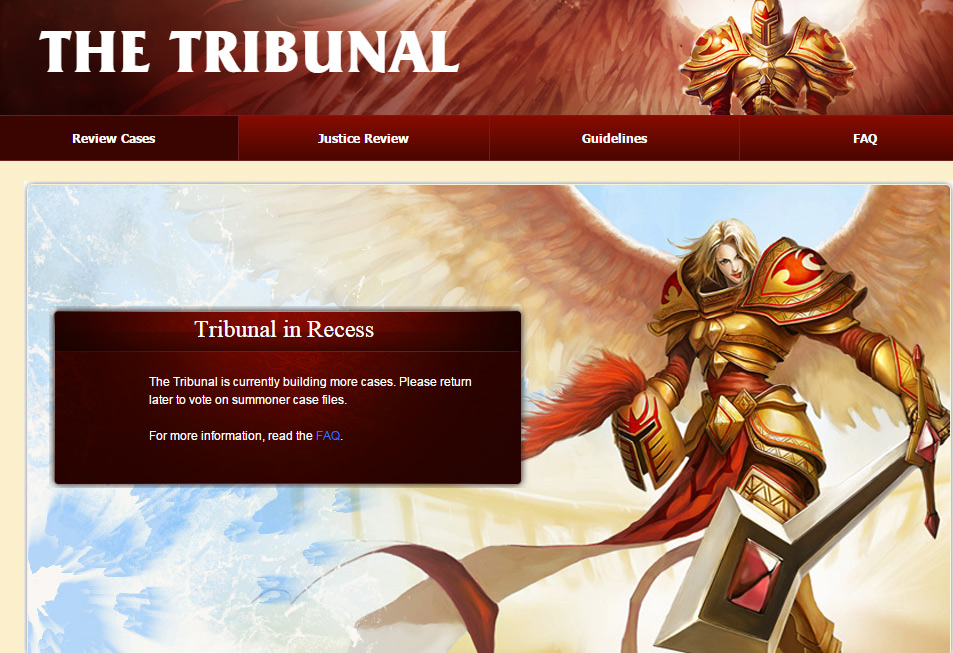 “There will be little things here and there we’ll do for you guys,” Lin said (via Kotaku). “Specific rewards I can’t talk about a lot yet, but I do know they can be tricky; no one reward will actually feel like a reward to every player (not everyone cares about IP boosts or mystery skins, for example). We’ll talk more about it when we’re ready.”

This is part of the big trend that’s changing with the new Tribunal when it makes its staggered-sounding return. By changing the attitude of the tribunal to one that deals out both boons and punishments, it’s hoped that players acting as judges won’t be so keen to dole our heavy discipline.

The other big change Lin talked about was the immediacy of feedback. Instead of it taking days or weeks for a player’s case to be put through the mill, Riot wants to get that down to an hour. That way, Lin says, if players are toxic, they’ll be held accountable within a time period that matters, not much later when they’ve forgotten what it is they did. That should also benefit judges he said, since they will be able to see their actions taking affect.

KitGuru Says: It will be interesting to see whether Riot can come up with a system that is able to react as quickly as it wants, but the Tribunal would be certainly more effective if it can.