I love Mount and Blade and especially its pseudo-sequel, Warband. I’ve put hundreds of hours into the franchise, be it in the native game or in modifications. It’s one of the most engrossing, expansive and challenging single player experiences I’ve ever had, but it did let fans down in one considerable way: it looked pretty awful. Yes Warband added HDR and yes, regardless of graphics it feels amazing charging down your opponents skirmisher line with a hundred light cavalry at your back, but that doesn’t take away from the fact that much of the game leaves you thinking you’ve time warped back to the early 00s.

Well not so in its true sequel, Bannerlord, which is looking much, much better. 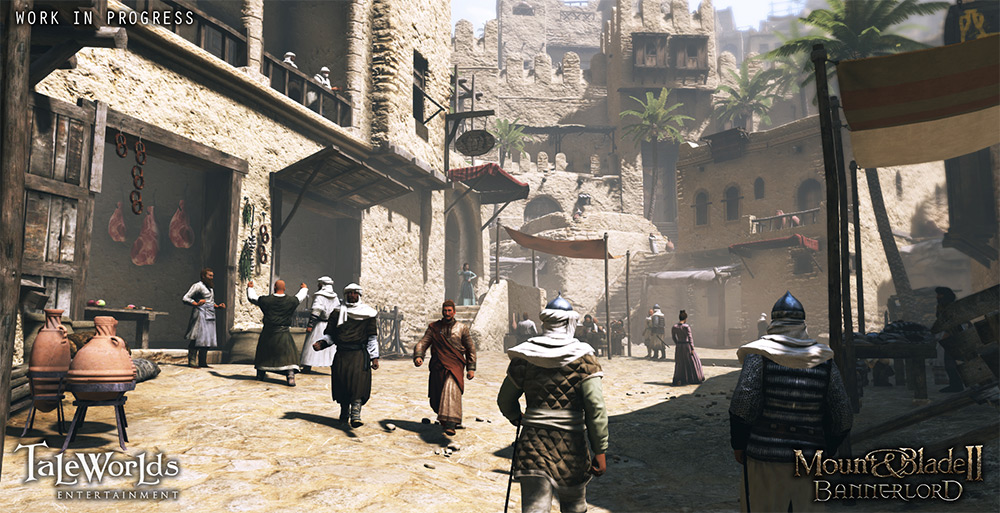 Lighting is vastly improved, as is texturing, model details, animations and the terrain is a lot more varied and natural looking too. There’s some cleverly implemented tessellation near the camera as well, to give the impression of much more detailed landscapes and models, without impacting performance too much.

Of course it’s no modern, AAA looking title, and who can blame the developer, Taleworlds, as it’s crafting an experience that needs to be playable with hundreds of enemies on the screen at once. But it certainly looks far more contemporary than any of the previous Mount and Blade games did when they were first shown off.

On top of all this prettyness, every feature shown in the above video will be made available to modders to play with, which means that Bannerlord has the potential to eclipse even some of the great mods of the original and Warband.

Mount and Blade II: Bannerlord has no release date as of yet, but is expected to arrive on PC some time next year.

KitGuru Says: I’m pretty hyped for this one guys. If you put me on a desert island with just one game (and a PC to play it, smart ass), it would probably be Warband, that’s how much I love Mount and Blade.