It’s fair to say that the news about Facebook buying out Oculus, makers of the Rift virtual reality headset, hasn’t been great. Kickstarter backers are mad that they kicked in to a tech startup only to watch its creators become mega-millionaires off of their investments, open source proponents are worried Facebook will turn the Rift into a closed garden of development and armchair lawyers are predicting the social network will just use the Rift as a patent club to batter its enemies with. Game developers are mad too, with even some big names like Mojang’s Notch, announcing that they’ve halted development for the platform.

In a blog post titled, Virtual Reality is Going to Change the World, Notch outlined his history with the technology, saying as an early backer, he was excited by the technology, but it made him feel sick. Just two weeks ago though, Oculus invited him to its offices and showed him all its new developments and he was blown away, VR was going to be huge and he even talked about making a slimline, free version of Minecraft for it. But not any more.

“Facebook is not a company of grass-roots tech enthusiasts. Facebook is not a game tech company,” he said. “Facebook has a history of caring about building user numbers, and nothing but building user numbers. People have made games for Facebook platforms before, and while it worked great for a while, they were stuck in a very unfortunate position when Facebook eventually changed the platform to better fit the social experience they were trying to build.” 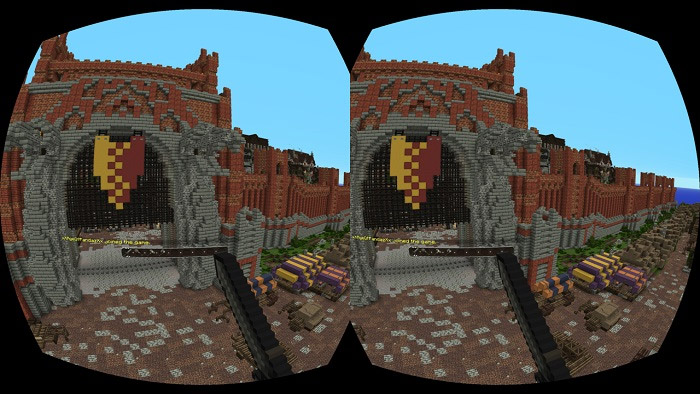 The only way to play this is with Minecrift now

“I definitely want to be a part of VR, but I will not work with Facebook,” he continued. “Their motives are too unclear and shifting, and they haven’t historically been a stable platform. There’s nothing about their history that makes me trust them, and that makes them seem creepy to me.”

Notch also echoed the sentiments of a lot of early backers: “And I did not chip in ten grand to seed a first investment round to build value for a Facebook acquisition.”

While Notch’s vision of a cut-back Minecraft in the Rift may not happen, there is a fan made mod that works quite well. You can download it here.

KitGuru Says: How do you guys feel about the Facebook buyout? My initial thought was one of sadness, but perhaps this will bring a wider and more appreciative audience to the Rift?