The Twits and other Roald Dahl characters might have frightened, inspired and amazed children of many generations past, but they've never been brought to the fore in quite such a style as this. In a series of new applications, the classical author's most iconic characters are set to make their return, starting with The Twits. Their crusade into the modern world begins with Twit or Miss, a swiping, balancing act of a game that sees players trying to prevent waking of the ever furious Mrs Twit, while Mr stuffs his face.

Produced in conjunction with the Roald Dahl estate and Penguin Books, the game is just one of several set to be released in the coming months to celebrate not only the characters themselves, but the upcoming 100 year anniversary of Dahl's birth next year. 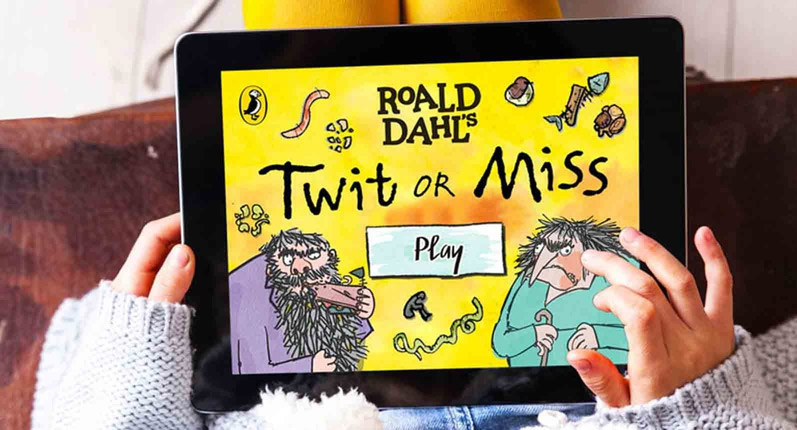 Jemma Kamara, digital producer at Penguin Random House, said of the release (via The Guardian): “Kids are spending more time using digital content, and The Twits is a really nice way of starting that journey.”

Originally released back in 1980, The Twits is a book that has been reinvented several times already to help maintain its relevancy. It was previously released as a scratch and sniff book and was even turned into a play, much like other Roald Dahl books, like Charlie and the Chocolate Factory and Matilda.

Although the original stories still remain popular, it was important for the Dahl estate to make the characters as relevant across multiple digital spaces as more contemporary creations are. It's hoped that with the new games and experiences, children will engage more with the characters and be encouraged to read the original books if they haven't.

The main site for the apps has some hints about other potential games coming in the future, including one that references Mrs Twit getting angry – as if they wasn't a common occurrence – and getting messy with the Twits this summer. Neither are particularly forthcoming, but the art work of them seems very reminiscent of the original stories, so it all feels quite familiar.

You can find the app on both the App Store and Google Play Store.

KitGuru Says: While people might prefer that children simply read the books instead of playing a game like this, if it helps engage them in the characters and their world, this seems like a positive development. It helps keep the characters relevant.