Wild is online survival where all animals are playable

There's been a bit of a glut of online survival games as of late, often pitting players against zombies, or strange demons and even dinosaurs, but in each of those instances you're playing as a human, usually a contemporary one: not so in WiLD. Despite its irritating capitalisation, WiLD is a game where the variables are much more…varied, with players able to take on the role of a traditional human hunter, or perhaps a wolf and its pack, a horse, or a sheep. As the creator and ex-Rayman developeer Michael Ancel said, in WiLD “every creature should be playable, even the giant and dangerous ones.”

Announced yesterday, the game features an open world set 10,000 years ago, on a continent as large as Europe, with a dynamic weather system and changing seasons which will bring about big tweaks to gameplay.

“All these features combined, open so many new gameplay situations, especially when playing online. How you approach the game is up to you, what you do and even what you are – it’s all up to you,” said Ancel in an interview (via VG247). 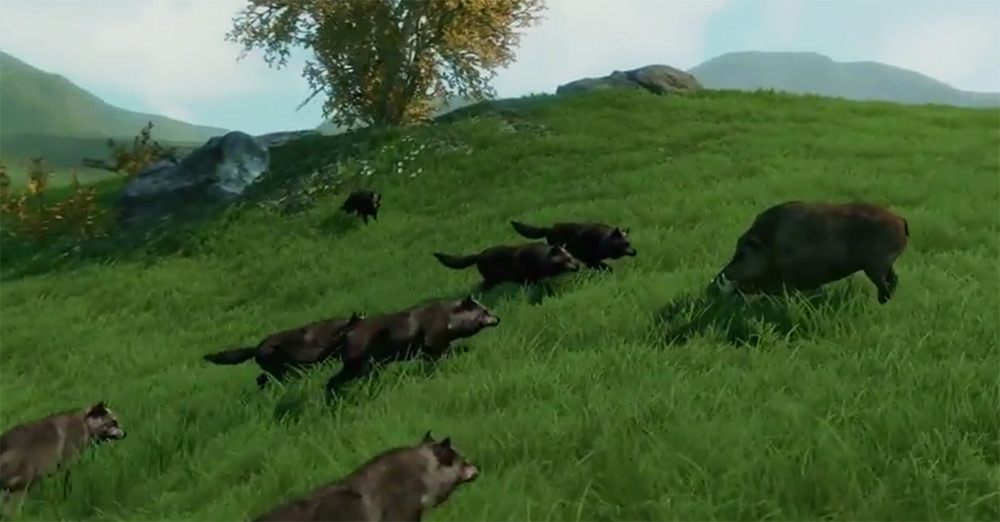 The wolves are running…

As the trailer suggests, the exciting aspect of gameplay isn't in necessarily seeing packs of wolf players slaughtering everything in sight (although that seems like a distinct possibility) but that multi-species clans can band together. I'm not so sure the sheep and trout will be the most useful additions to your hunting party, but the combinations of skills and abilities could be interesting.

Unfortunately however, this is going to be a PS4 exclusive, so unless that's a timed one like some games tend to be, only Sony fans will get a look in at this one.

KitGuru Says: Quite a change up from some of the other survival games out there at the moment. Just seems a shame it's going to be locked to one console.

Previous Is your mobile provider the worst for calls?
Next Bioware announces Shadow Realms- a 4v1 action RPG