Update: A few weeks back, Ubisoft and EA were butting heads a little bit over a trademark for the word ‘Ghost'. EA had applied for the trademark in relation to its Need for Speed development studio, Ghost Games. However, Ubisoft argued that this could have an impact on its Ghost Recon trademark and could potentially confuse people.

Now, a NeoGAF member has discovered that EA has gone ahead and withdrawn its trademark application for Ghost so the legal squabble should now be over. It isn't known yet what effect this will have on EA's Ghost Games development studio. It could just operate as normal with no trademark or EA could potentially change the name to something that it can have a legal hold over, either way, EA has yet to say anything about that publicly.

Original Story: Ubisoft and EA are currently having a bit of a legal squabble over a trademark to the word ‘Ghost'. EA applied to trademark the word last year for its Ghost Games studio, which works on Need for Speed. However, Ubisoft isn't too fond of this as the publisher believes it conflicts with its own trademark for Ghost Recon, which it has been using since 2001.

EA filed for the Ghost trademark in March last year and it was first opposed by Ubisoft back in August. However, legal action was finally filed on the 29th of January this year, with Ubisoft's lawyers arguing that the Ghost Recon trademark has been in use since 2001, long before EA started using the word in relation to Ghost Games and before EA's own trademark was filed. 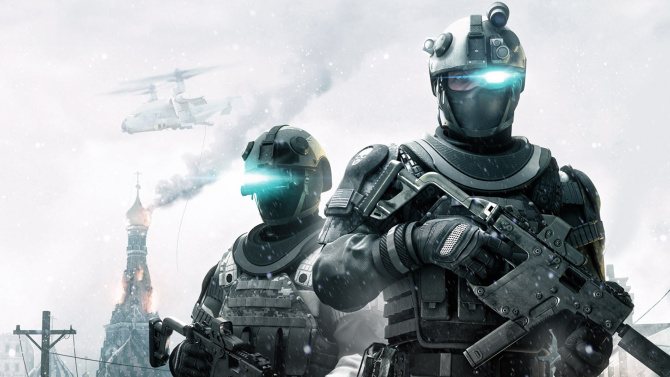 The legal filing centers around the potential for confusion surrounding EA's use of the word Ghost and Ubisoft's own Ghost Recon trademark, since in both cases the word would be applied to games and online services.

However this pans out, it is unlikely that EA will rebrand Ghost Games under a different name. Instead, it may just end up abandoning its attempt to trademark the name. EA ran into a similar situation recently with the upcoming indie game ‘Unravel', the game's name isn't changing but EA did abandon the trademark after confliction with a children's board game.

KitGuru Says: I don't really think many people would confuse Ghost Games the EA studio with Ghost Recon the Ubisoft game series but it seems that lawyers don't agree. What do you guys think of this?