Indie developer, Mike Maulbeck, went on a little Twitter rant last night, which resulted in him claiming that he was going to “kill Gabe Newell”. Once the tweet spread around, Valve decided to pull his game, Paranautical Activity from Steam.  After embarrassing himself on the Internet, Maulbeck has now resigned.

Maulbeck worked for the studio, Code Avarice, he has since sold his shares in the studio to a co-founder and will no longer be affiliated with the company. In a statement, Maulbeck explained his version of the events:

“Yesterday, Paranautical Activity released out of steam Early Access, and following some confusion about the state of the game I became frustrated with Steam, and tweeted a series of angry tweets that ended in me sarcastically saying I was going to kill Gabe Newell. A statement I obviously didn’t mean but was regardless completely unacceptable.” 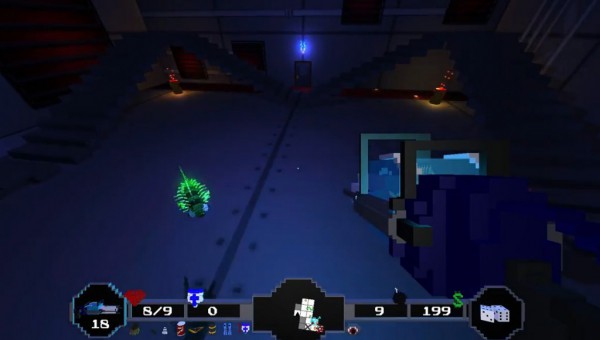 “As a result of my actions, Paranautical Activity, a game made by 4 or 5 people depending on who you count as team members, was removed from steam. I feel is it my responsibility to step down from Code Avarice completely so that Steam has no reason to harbor any more ill will towards the company, and maybe even if we can’t see Paranautical Activity restored, at least future Code Avarice games may be allowed onto the platform.”

He then went on to say that he is “deeply sorry” for his short sighted actions, which resulted in his team’s dreams and aspirations being destroyed. Maulbeck admits that he has a tendency to vent on Twitter, which he now realizes isn’t the place for his rants.

Since he sold his shares, the former Code Avarice developer won’t be compensated for future game sales, nor will he be consulted on future business decisions. These things combined may make it possible for the company to perform damage control and maybe get future titles on Steam.

KitGuru Says: It is unlikely that Maulbeck was actually going to kill Gabe Newell. However that doesn’t excuse the threat, sarcasm can be hard to to portray through social media and words definitely matter, even if the threat is empty. That said, these sorts of things haven’t been taken so seriously in the past. For example, on Indie Game: The Movie, Phil Fish stated that he was going to “fucking murder that guy” when referring to his former business partner, whom he was having a legal dispute with. You can watch Phil Fish make his ‘threat’ 1 hour and 4 minutes in to the movie.

If sarcastic death threats weren’t accepted in society on some level, then situations like this wouldn’t come up very often and people wouldn’t be so casual about empty threats. Nobody called out Phil Fish when he ‘threatened’ his former business partner on a documentary. I’m not saying it’s right, I’m just saying, this seems to be a bit of a double standard, if we are to condemn death threats, then we can’t let some people off the hook and theoretically force others out of their jobs for effectively doing the same thing.