KitGuru was invited to meet with David Henry, Netgear Senior VP, in London recently. As well as an update on the new Orbi mesh WiFi product, we were also briefed on the latest iteration of the Nighthawk, the X10. Promising to be the fastest WiFi router available is a serious claim in such a highly competitive market, but if any company has the right to make that claim, then Netgear is certainly one of them. David was kind enough to take us through the featureset that, he believes, will make the Nighthawk X10 a world-beater.

With a US price of $499, the Nighthawk X10 is going to be one of the more expensive routers in the market, but it promises a lot with a claimed speed of 7.2Gbps using 802.11ac and 802.11ad technology – capable of handling 20 simultaneous connections. Here's the top line tech spec, followed by KitGuru's exclusive interview with David Henry:-

Watch via our VIMEO Channel (Below) or over on YouTube at 1080p HERE.

KitGuru says: The proof of these claims will be examined in detail by KitGuru's Lab. For now, it's good to see an active R&D team working hard to innovate in such a mature market. The Nighthawk X10 certainly ticks all the boxes from a marketing point of view – we just see to see if the sausage matches the sizzle.

Previous MegaUpload 2 won’t even host files itself
Next The Division’s major 1.4 patch is now rolling out 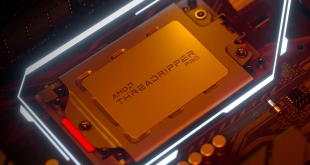