The Internet is growing at an exponential rate, and with such growth comes the need for faster speeds. To meet that need, researchers work hard on finding faster ways of transmitting data from one point to another. Now, a team based in Australia report that they have reached a speed of 44.2 terabits per second over standard fibre.

Most people have experienced the pain of slow internet connection – whether it be when gaming, streaming or downloading. With this in mind researchers from the Monash, Swinburne and RMIT universities found a way of pushing a standard optic fibre cable to higher throughput than ever before, hitting 44.2 terabits per second, or about 5.5TB/s. 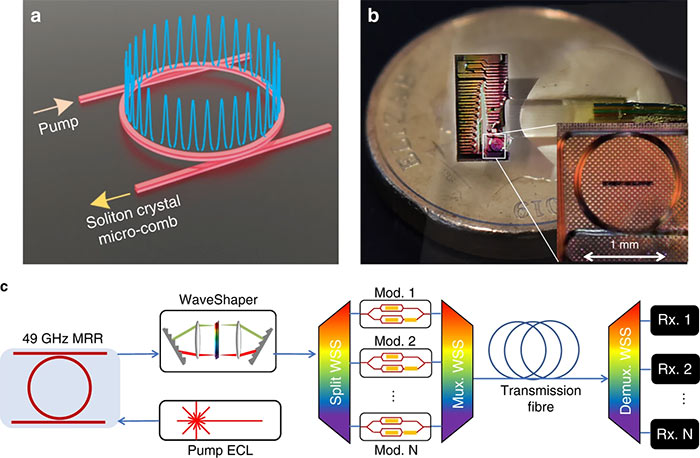 To put this into perspective, it was reported last week that Sabrent is planning to release an 8TB SSD. If data at such speed was downloaded to this drive – and assuming that there were no other bottlenecks – the massive SSD could go from being empty to completely filled in the span of less than 2 seconds.

The technical details behind the discovery can be found in an article published by Nature HERE.

KitGuru says: It will probably be some time before consumers get their hands on internet speeds anywhere close to what was shown by the Australian research team. But it's still interesting to see what is possible and what we can expect given enough time.